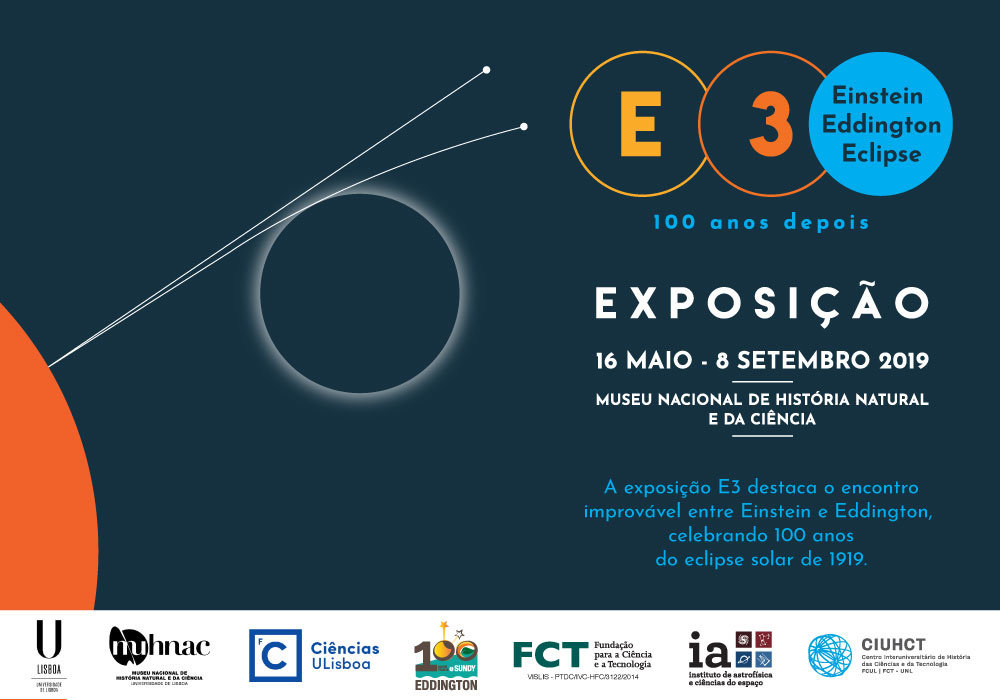 E3 - Einstein, Eddington and the Eclipse focuses on the British expeditions organized to observe the total solar eclipse of May 29, 1919, which led the astronomer Arthur Stanley Eddington and his collaborator Edwin T. Cottingham to Prince Island and the astronomers Andrew CC Crommelin and Charles R. Davidson to Sobral, Brazil. The photographs taken from the set of stars behind the Sun tested one of the predictions of Albert Einstein's theory of general relativity (1915), concerning the bending of light rays, passing near large gravitational masses. Science and technology, geography and colonial empires, politics and religion, as well as networks of scientific actors and local elites, anonymous actors and varied audiences were central to these expeditions.

Graphic design
Once Upon a Brand 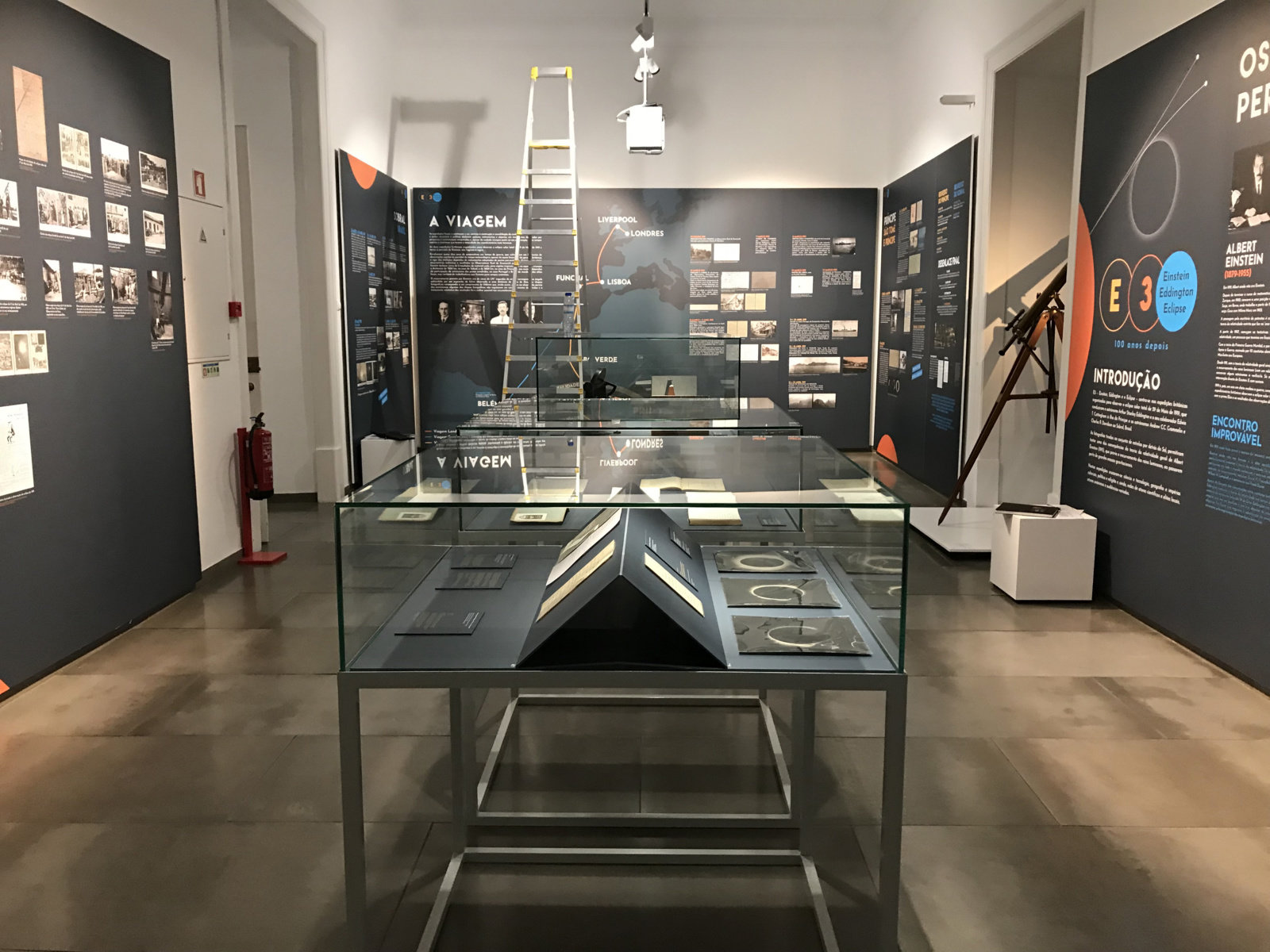 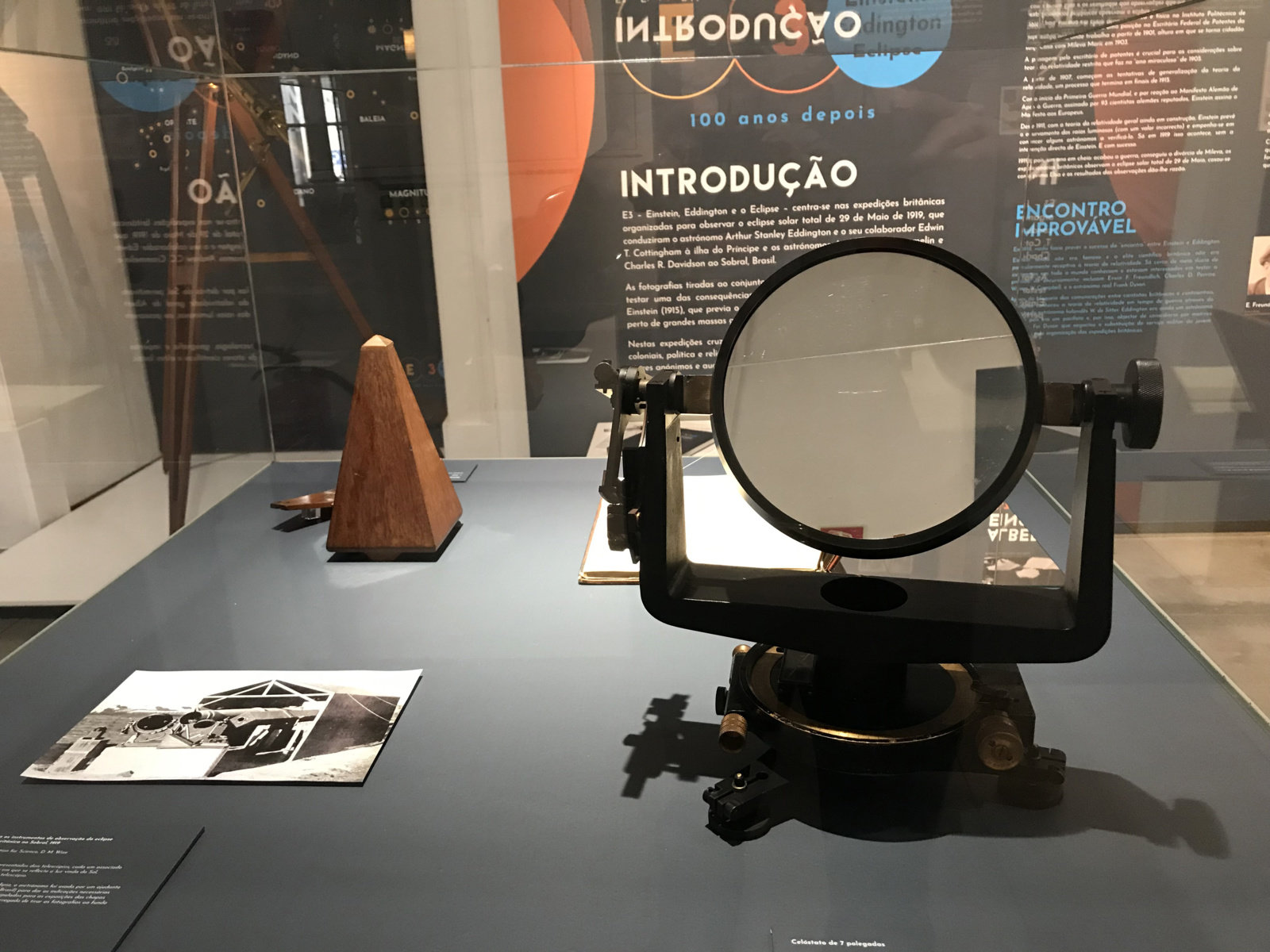 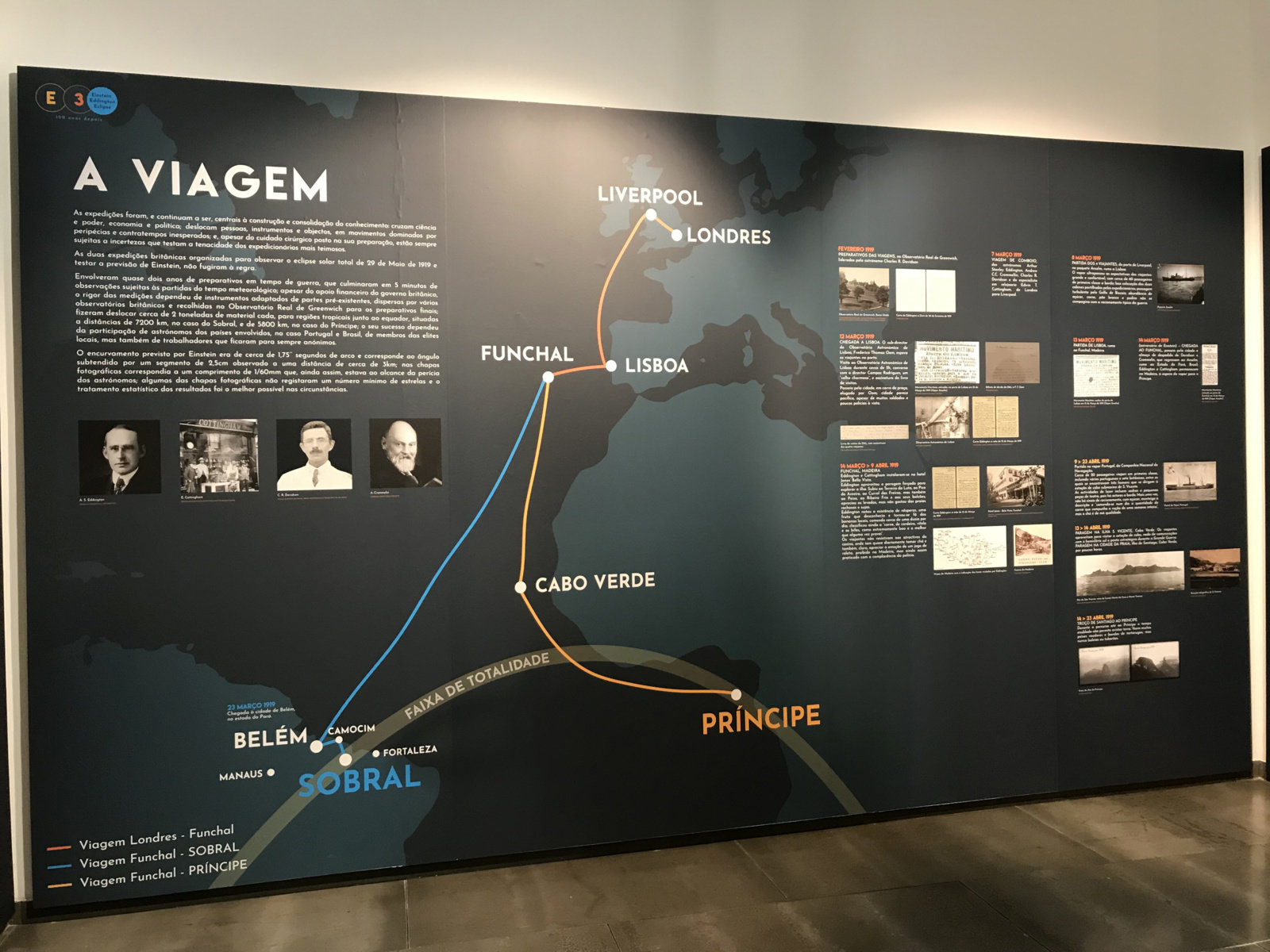 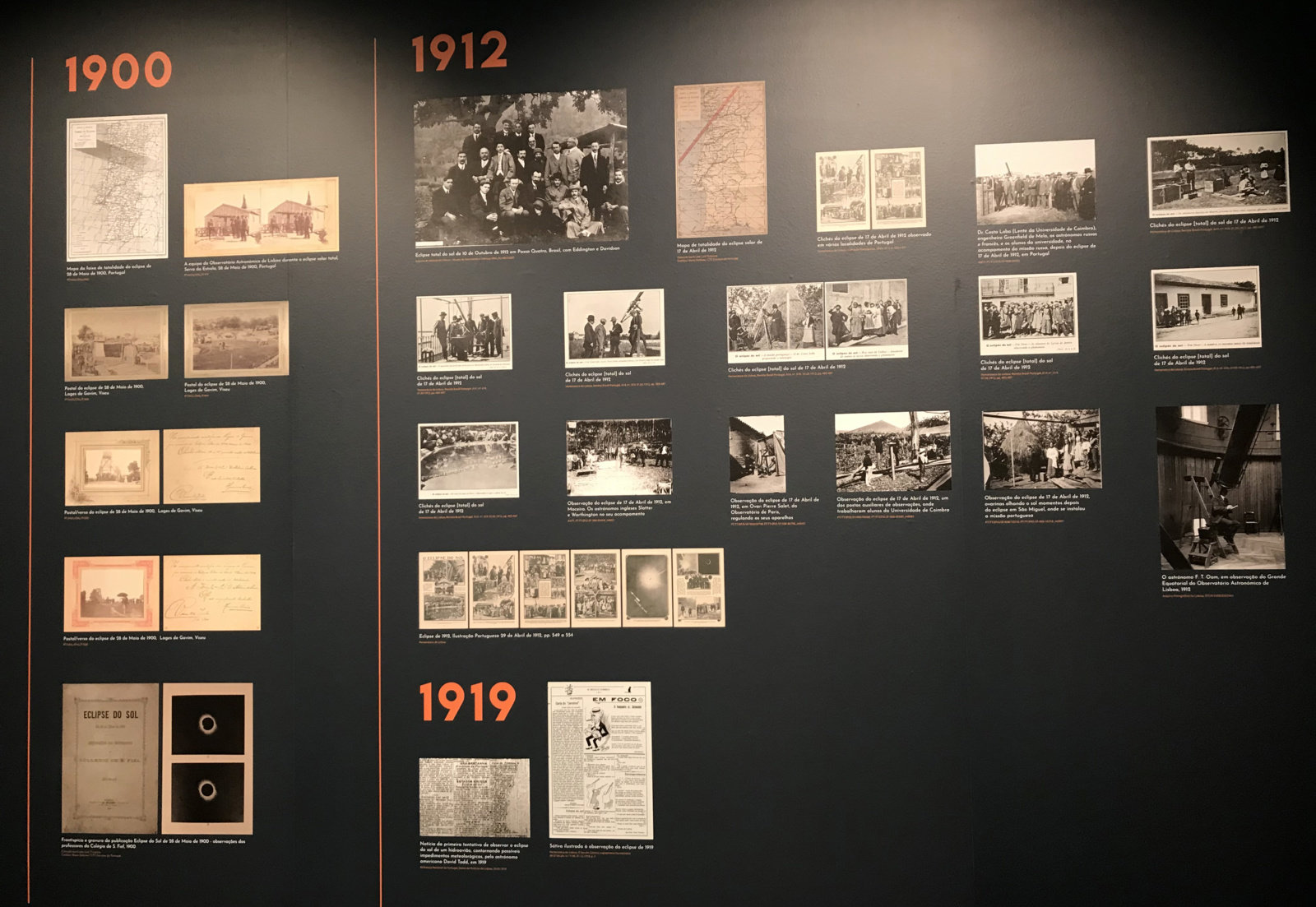 This exhibition is part of a larger evento, Eddington @ Sundy, led by several institutions from São Tomé e Príncipe, firstly centred in the scientific legacy of Roça Sundy, where Eddington's observations took place, but also connecting it with several partner events in Portugal, Brazil, and the United Kingdom.

After the exhibit, Ana Simões participated in the radio show Os Dias Do Futuro (Antena 1). She is interviewed between minutes 14 and 40, both contextualising the exhibition and reflecting on the role of women in science, amateurs, and the involvement of common people in early 20th century eclipses.

Before the exhibit, March's issue for the University of Lisbon's magazine frames the events that will take place in Lisbon, including the MUHNAC exhibition, with a central article, which includes an interview with Ana Simões. An excerpt can be read by clicking the image below (PDF, in portuguese). 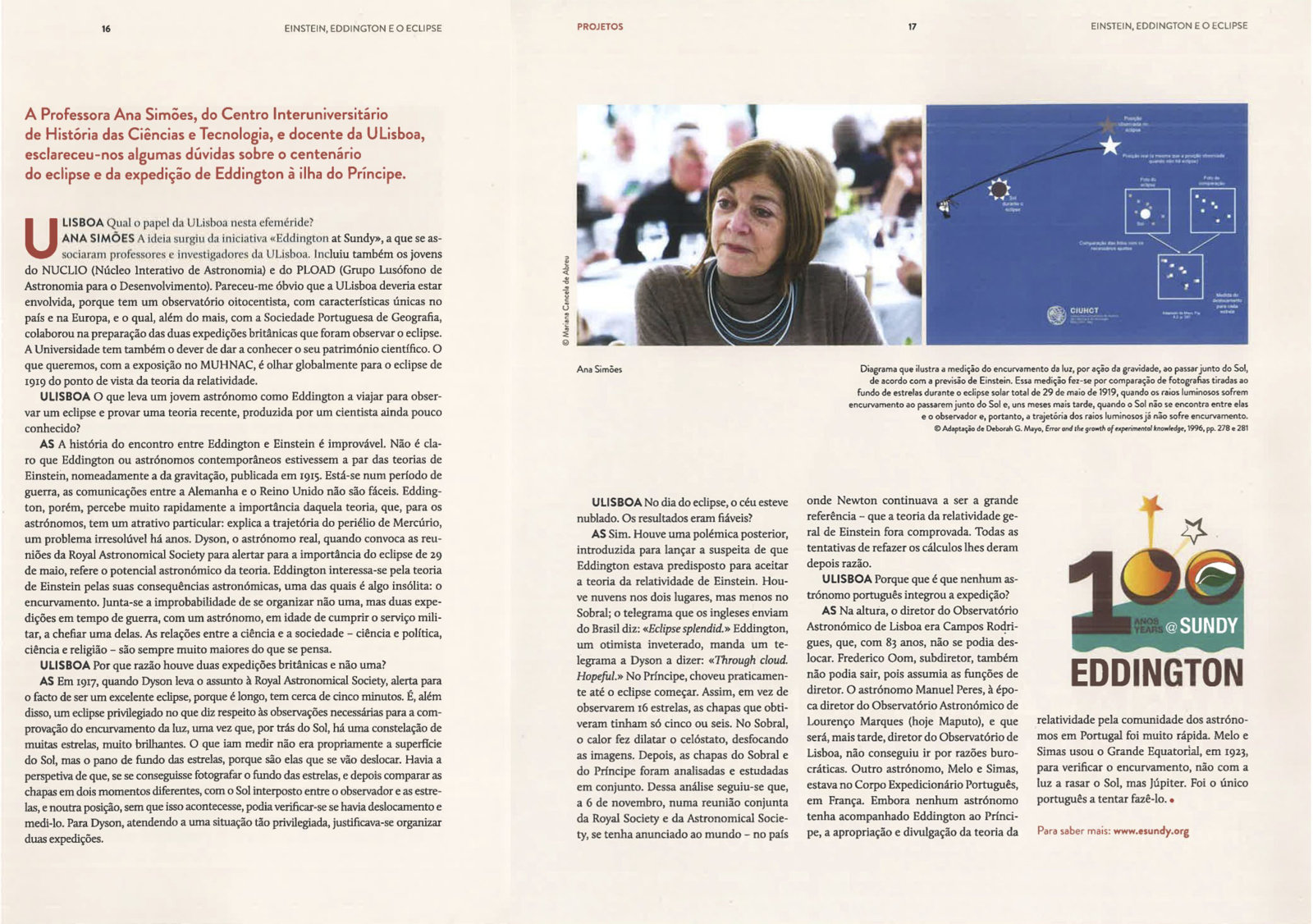 The inauguration has been documented by the Faculty of Sciences of the University of Lisbon, who published a video report.

After the inauguration, Ana Simões participated in two Antena 1 radio shows. In the programme  Os Dias Do Futuro (14-40m), she broadly contextualised the exhibition, reflecting on the role of women in science, amateurs, and the involvement of the general public in early-20th Century eclipse observations, and in the documentary À Espera das Estrelas on the eclipse, with a short contribution on the Príncipe expedition.

As for television, RTP África has dedicated a special of over one hour to the commemorations of 1919 Solar Eclipse, including an interview with Ana Simões and Paulo Crawford at Ilha do Príncipe, at the gardens of Roça Sundy, where Eddington's observations took place.

In Lisbon, the Eddington @ Sunday programme includes, other than the exhibition, sa number of conferences, to take place from May to September 2019, at the Observatório Astronómico de Lisboa, the Sociedade da Geografia de Lisboa, and Espaço Caleidoscópio of the University of Lisbon. We higlight the sessions at Caleidoscópio, organised by CIUHCT, as they will emphasise aspects of history of science. Four sessions in total, between May 23 and July 4. 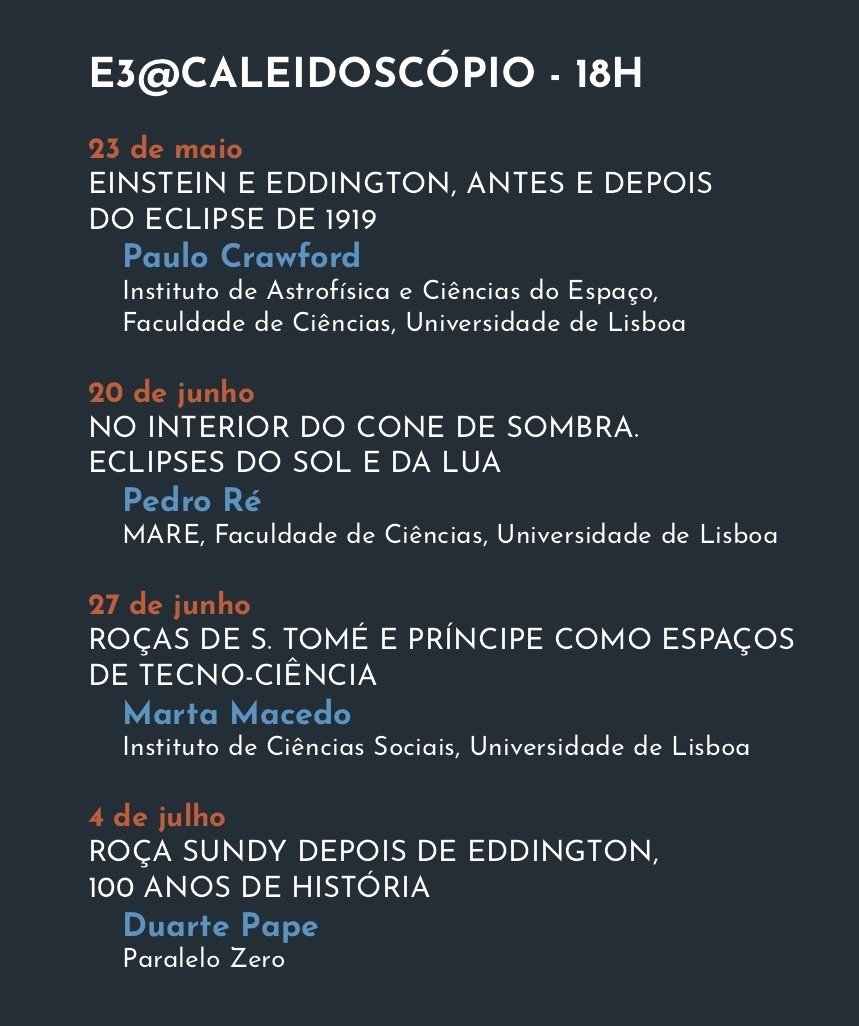 The exhibition's catalogue, Um Encontro Improvável, Duas Expedições Memoráveis [An Unlikely Meeting, Two Memorable Expeditions], was published by MUHNAC and the University of Lisbon in July 2019, with texts by Ana Simões, and design by Vasco Ferraz and Mariana Sousa (Once Upon a Brand). 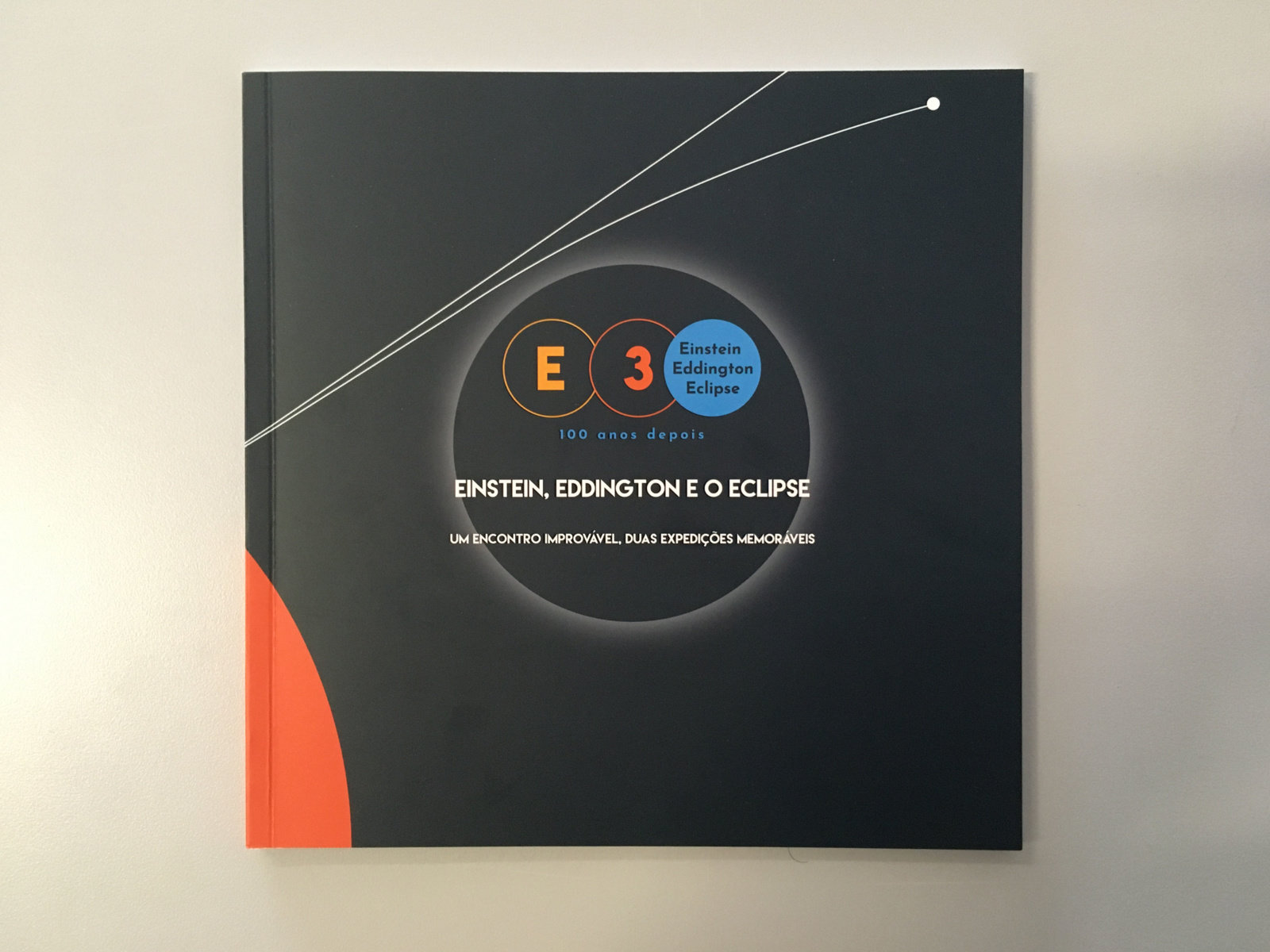 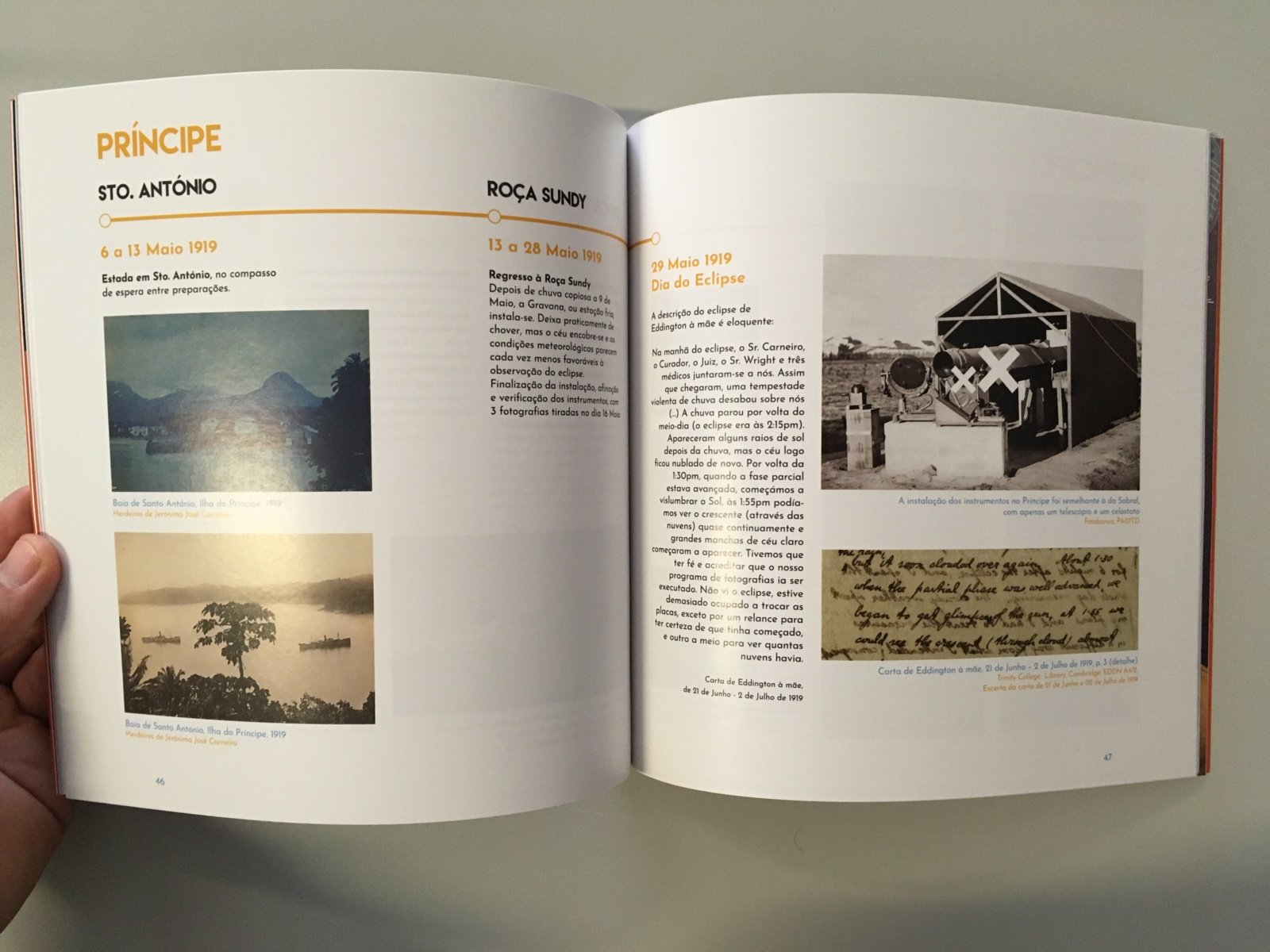 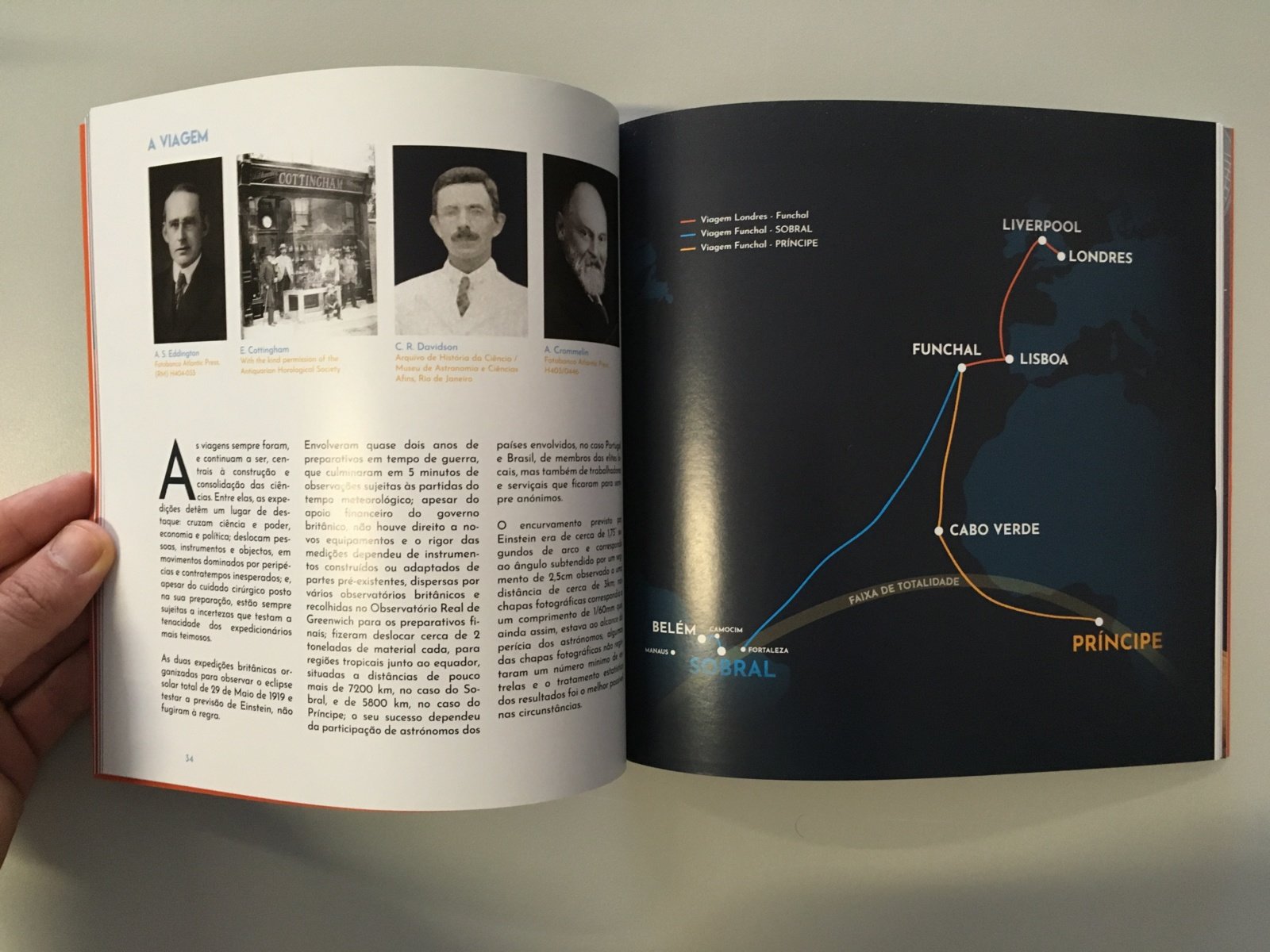 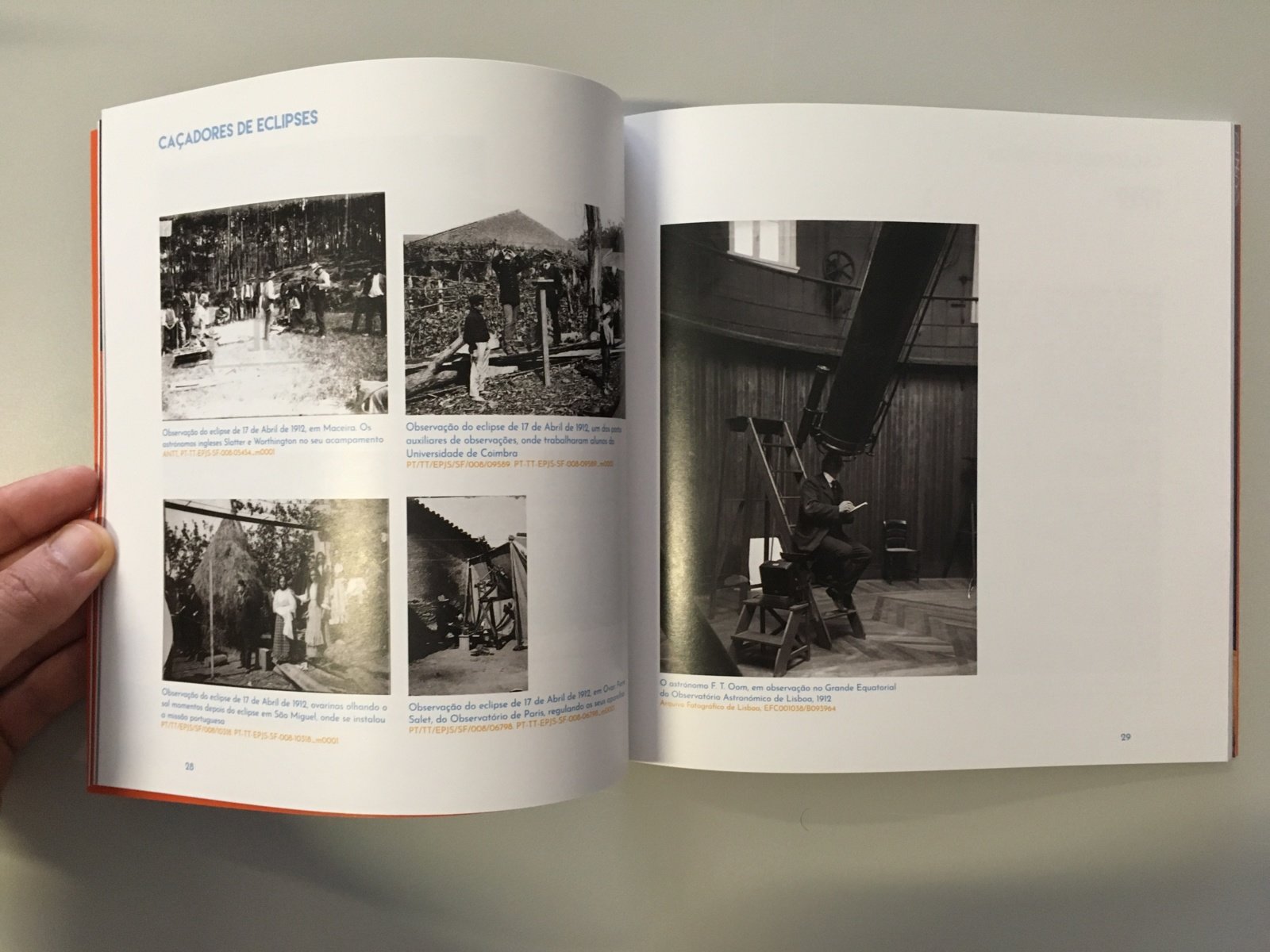 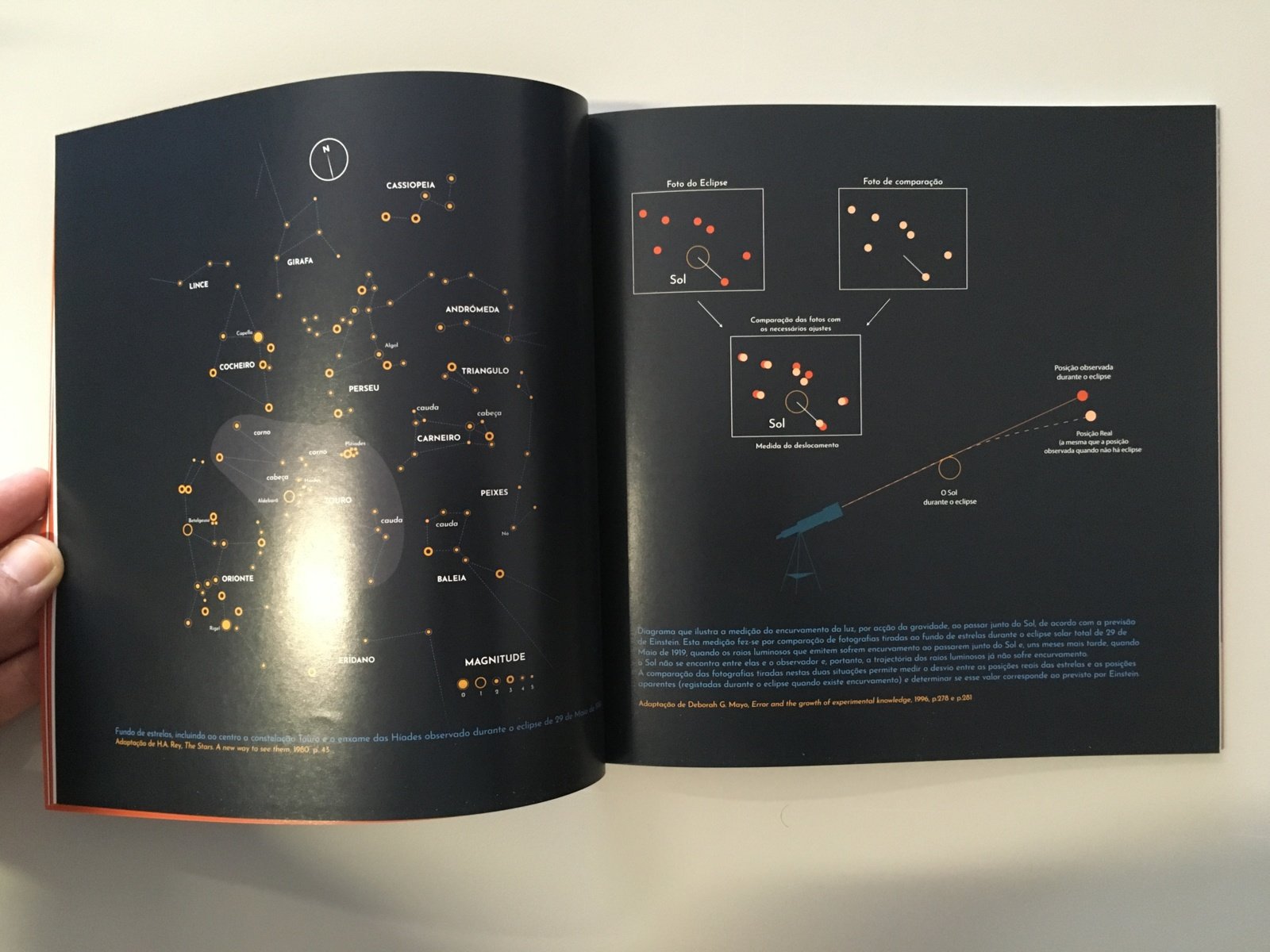 After the end of E3's stay at the National Museum of Natural History and Science, the Library of the Faculty of Sciences and Technology of the NOVA University of Lisbon hosted a new version of the exhibit, shown at the Library's Gallery, from September 16 to October 23, 2019. 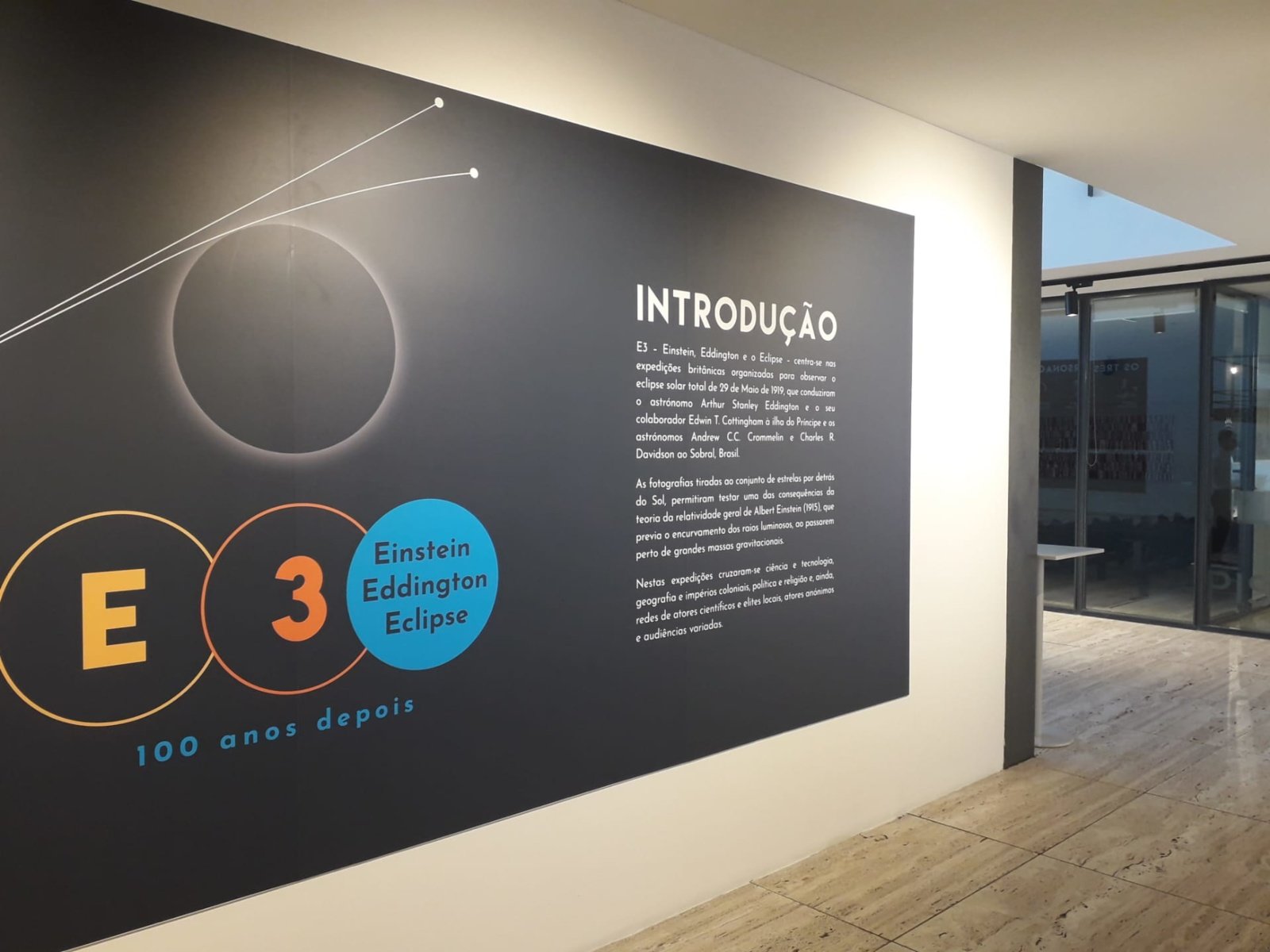 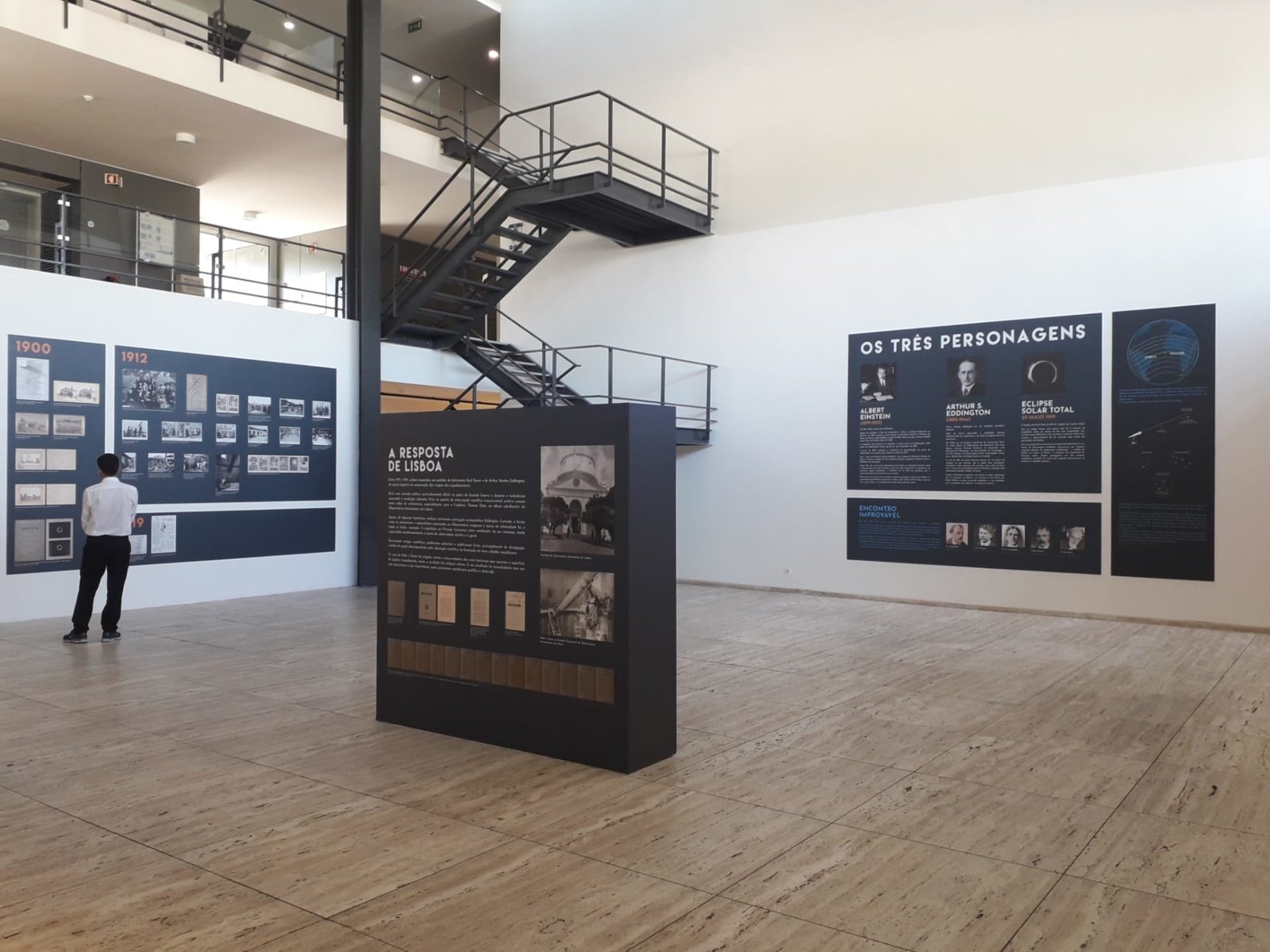 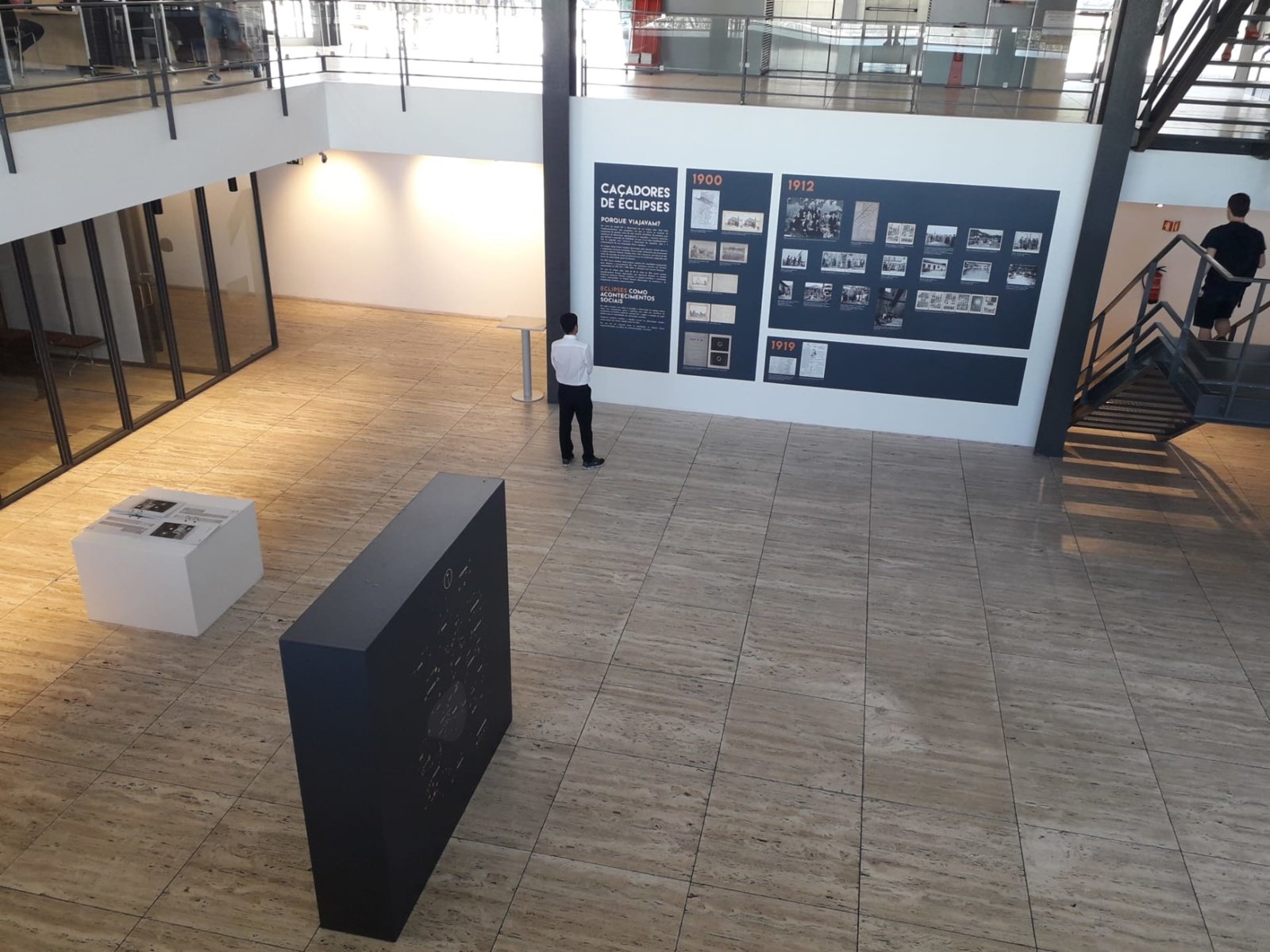