This book is associated with the exhibition E3 - Einstein, Eddington and the Eclipse (MUHNAC, 2019) and is divided into two parts (essay and comics), both bilingual, Portuguese and English, the two main languages used during the expedition.

The comic strip takes Arthur Eddington's correspondence with his mother, sister and the Lisbon Observatory before, during and after his expedition to Príncipe Island to study the total solar eclipse of 1919 as a starting point for a graphic narrative of experimental and impressionistic outlines. Focusing on the web of human and non-human actors involved in this expedition - known and unknown people, animals, plants, environmental and affective factors - the comic book, which also compiles some documents from the exhibition, establishes an intertextual relationship with the theoretical essay on the scientific, political and social implications of this journey, the results of which confirmed Einstein's revolutionary theory of relativity. The "impressions" of the trip take on a double meaning, referring to Eddington's account in words and marks on the pages, alluding to the material presence of the places visited.

By mistake, the first print of this book does not contain the numbering of notes in the scientific essay. The correct version can be downloaded by following the link below.

Samples of the comic 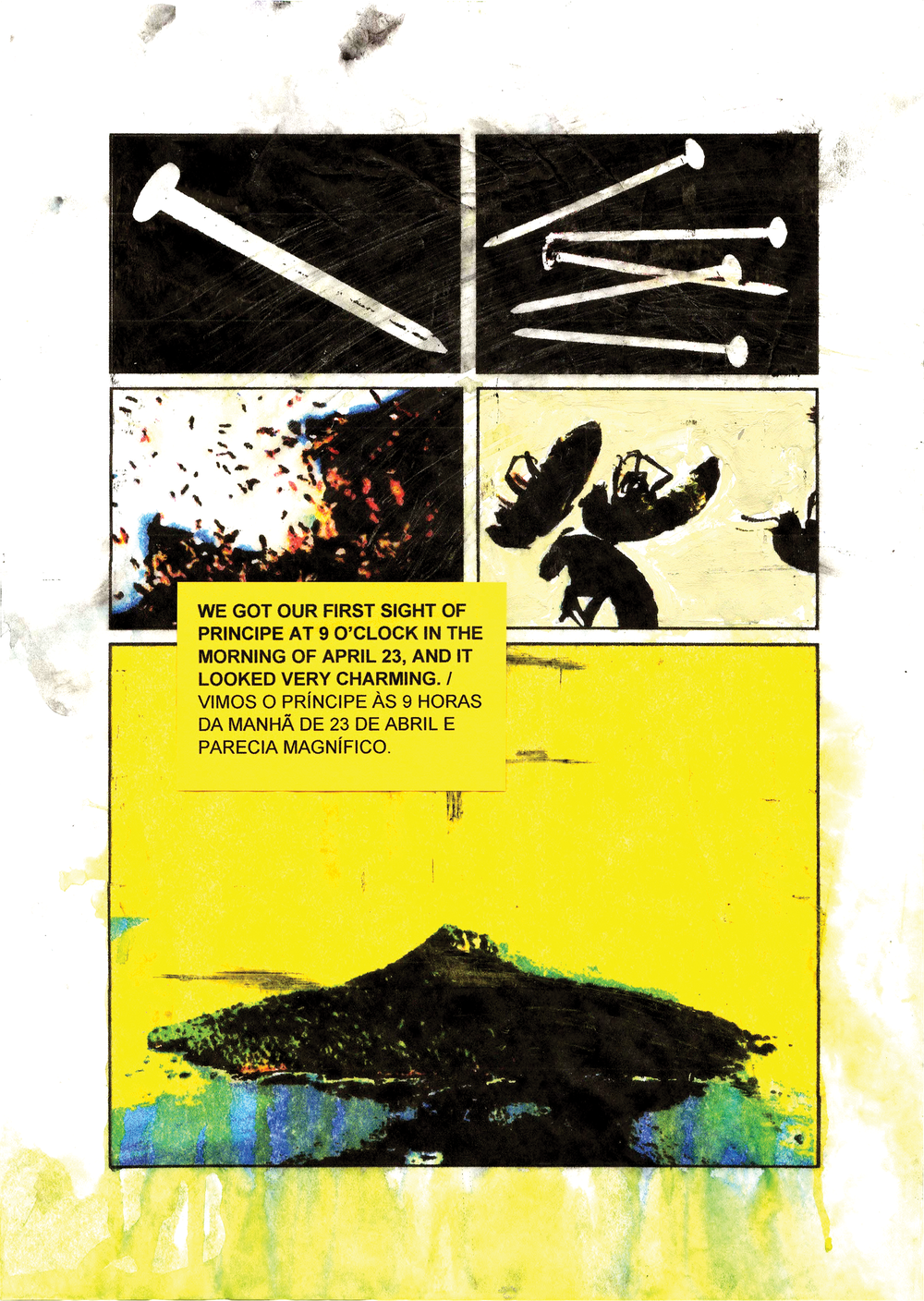 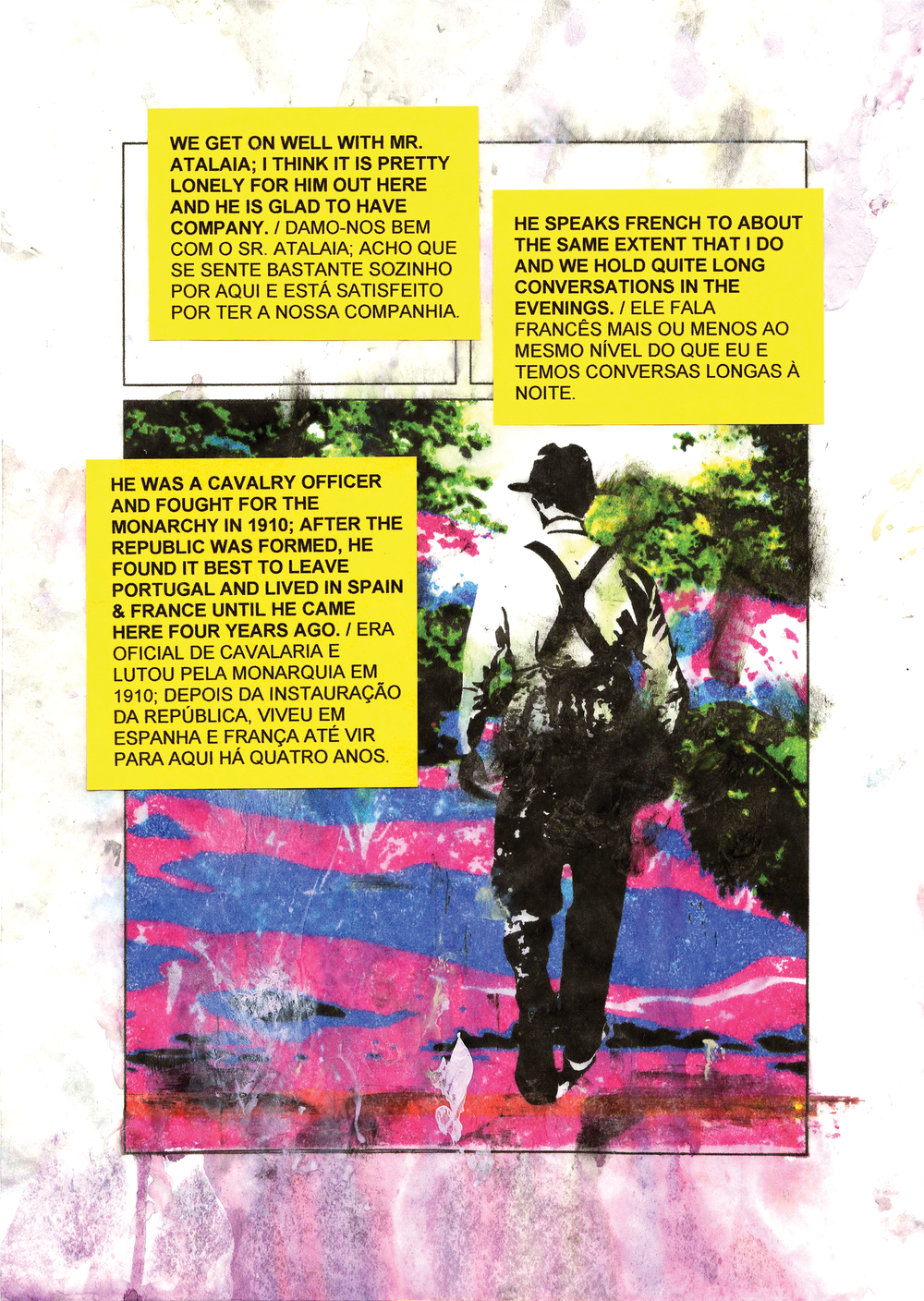 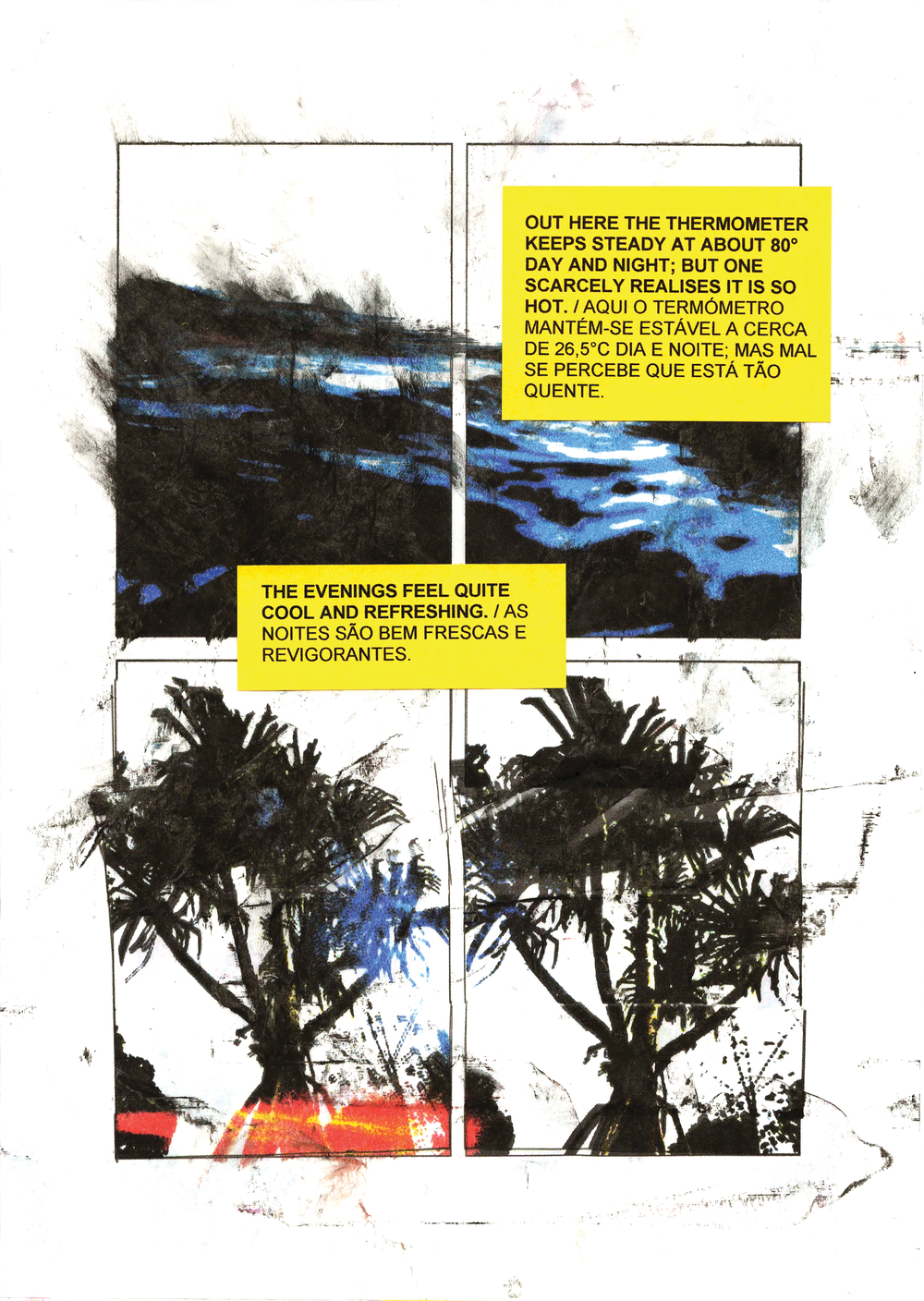 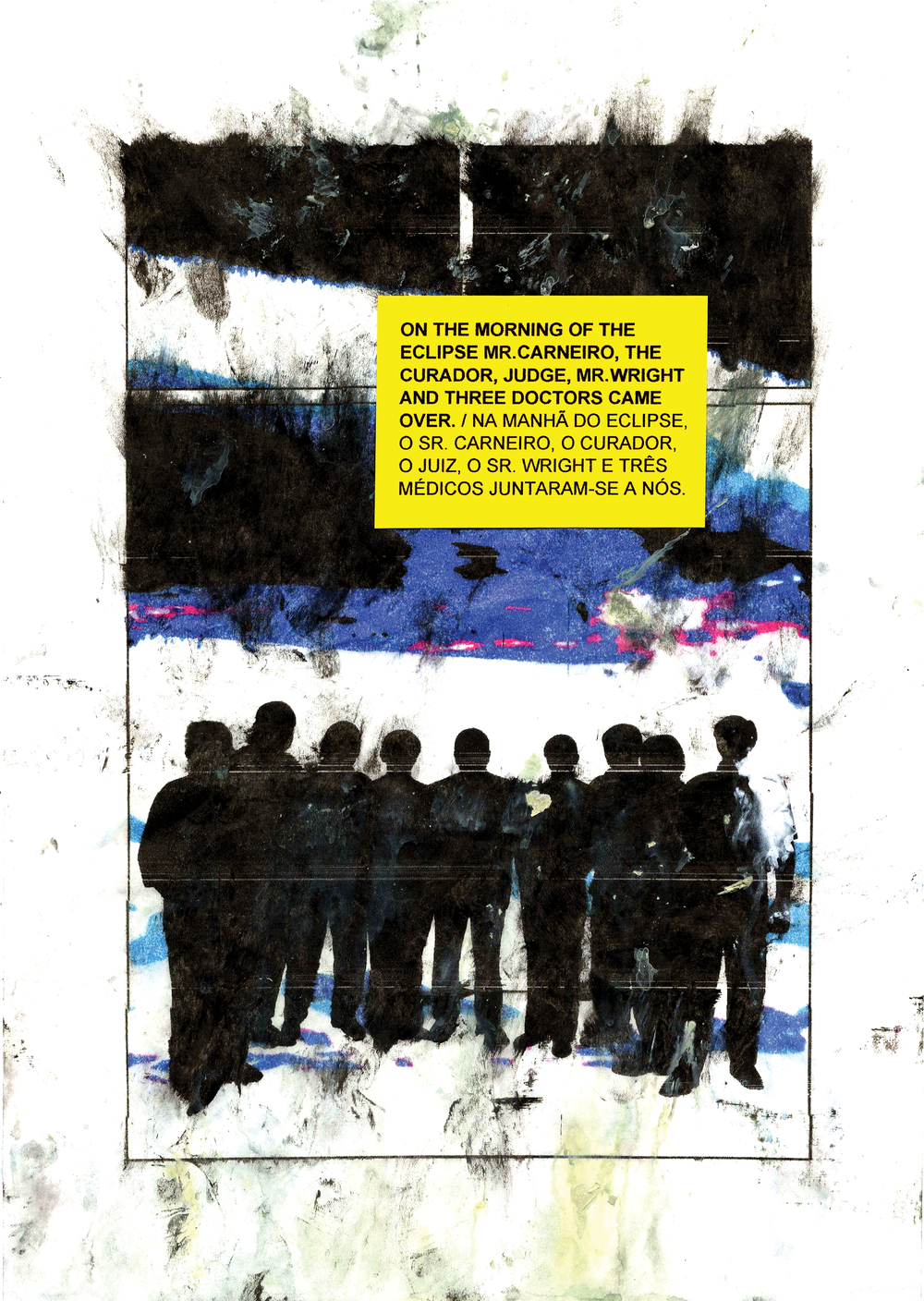