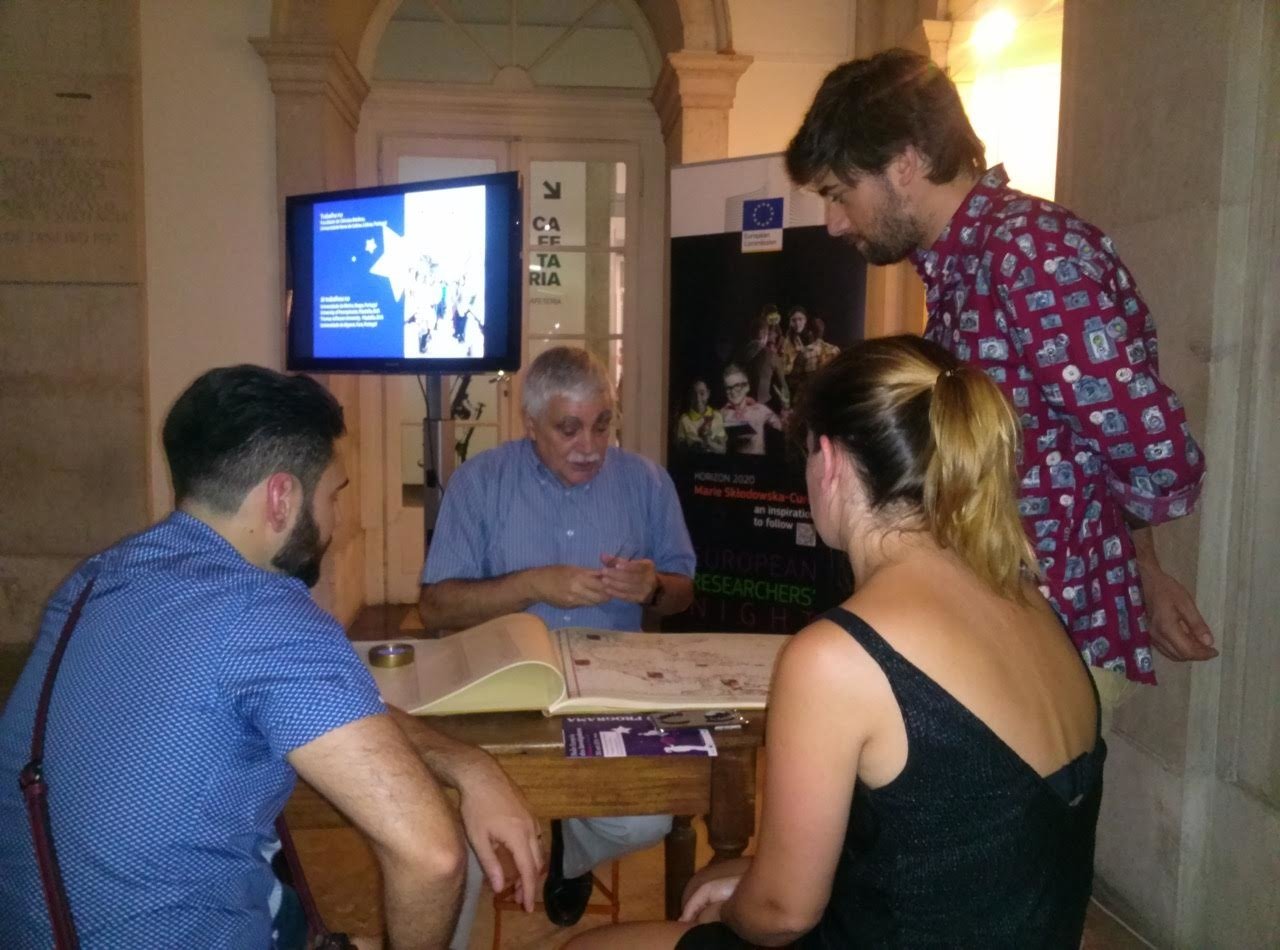 This year's European Researchers' Night was held on September 30. In Portugal, the initiative happens every two years as Noite Europeia dos Investigadores, and it is coordinated by the National Museum of Natural History and Science (MUHNAC), with funding from the European Comission.

Our Joaquim Alves Gaspar was at the Museum's European Corner, and presented his recently-approved project "The Medieval and Early Modern Nautical Chart: Birth, Evolution and Use", funded by the European Research Council with a Starting Grant. Meanwhile, at the Pavilhão do Conhecimento-Centro Ciência Viva, Ana Viseu presented the sprint talk "Isso era dantes! Agora uso apps para saber o que sinto" [That was before! Now I use apps to know what I feel], based on her research project "Living by the Numbers", which analises the implications of technology use in monitorisation and quantification of the body.