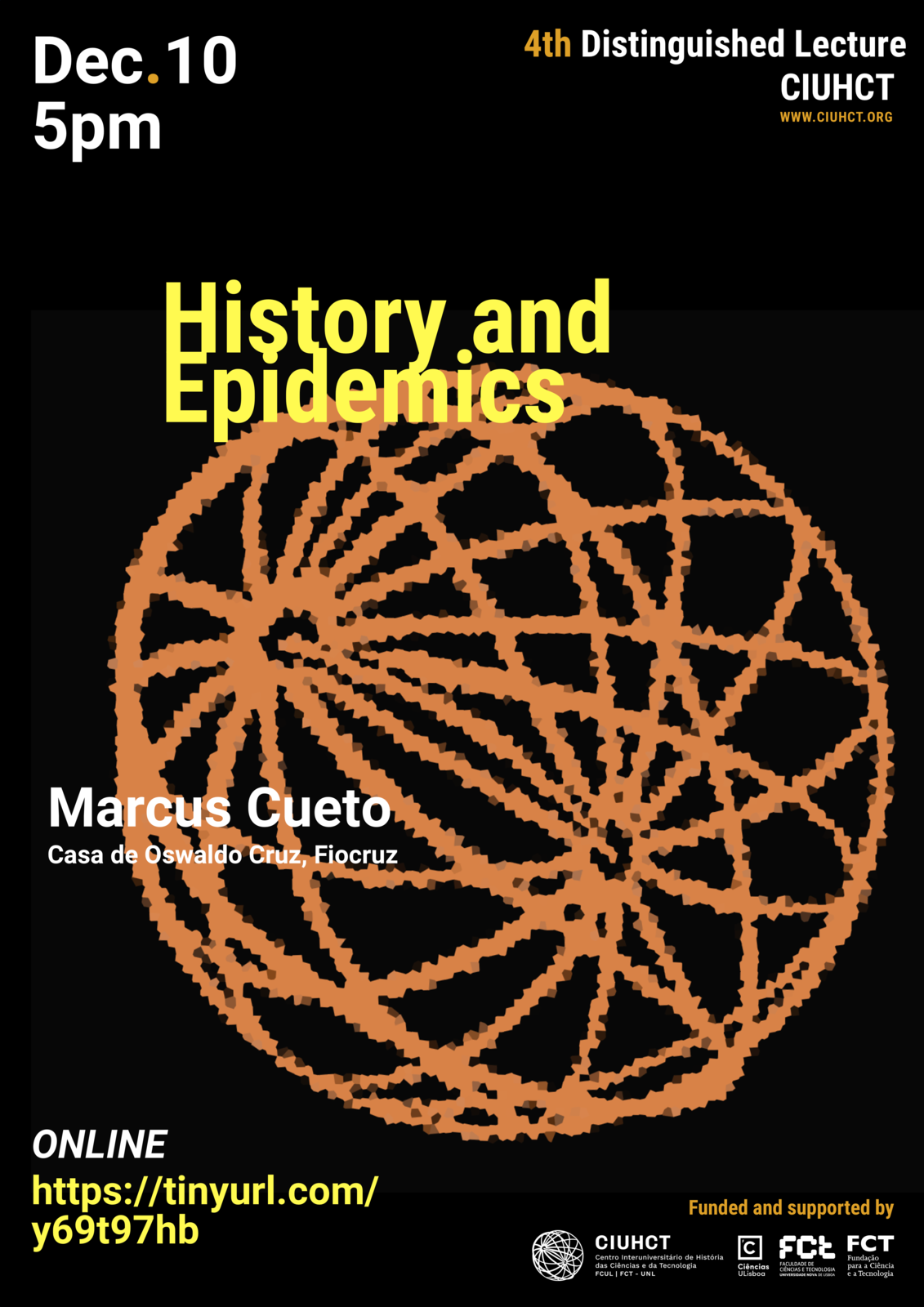 CIUHCT organizes the 4th edition of the Distinguished Lectures, which will take place on December 10, at 5 pm. Professor Marcos Cueto, researcher at Casa de Oswaldo Cruz, Rio de Janeiro (Brasil), will be the guest speaker. The institutional welcome will be given by Professor Doutor Virgílio Machado, Director of FCT NOVA, and Professor Dr. Paula Cristina Urze, President of the Department of Applied Social Sciences, DCSA, FCT NOVA, who will honor us with their presence. 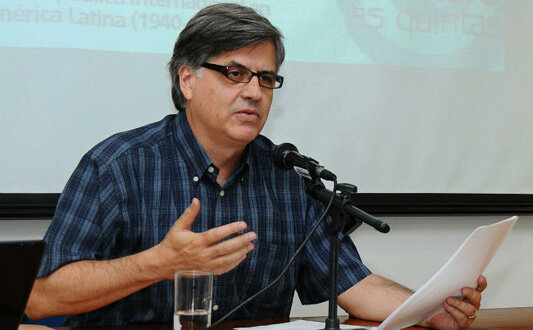 Marcos Cueto is historian of science and medicine with interests in Global History of Health and the history of HIV/AIDS in Brazil. He is Professor of history at the Casa de Oswaldo Cruz, Fiocruz, in Rio de Janeiro and editor of the journal História, Ciências, Saúde-Manguinhos.

Until 2011, he was Director of the Instituto de Estudios Peruanos, Lima, Peru. He has worked on Latin America and international health. Among its publications stand out A History of Medicine and public Health in Latin America, with Steve Palmer (Cambridge University Press 2015) and Cold War and Deadly Fevers: Malaria Eradication in Mexico, 1955-1970 (John's Hopkins University Press 2007).

In 2016, the book he coauthored with S. Palmer received the George Rosen award from the American Association for the History of Medicine. More recently he published the book coauthored, with Ted Brown and Elizabeth Fee, on The World Health Organization: A History.

In the context of historical studies on epidemics, this conference focuses on the twentieth century case-studies. Historiography shifted from demographic studies to a broader spectrum of perspectives which included their social, political and cultural aspects. In view of this, historians have discovered the advantages of researching epidemics through the lenses of Global History and Planetary Health.