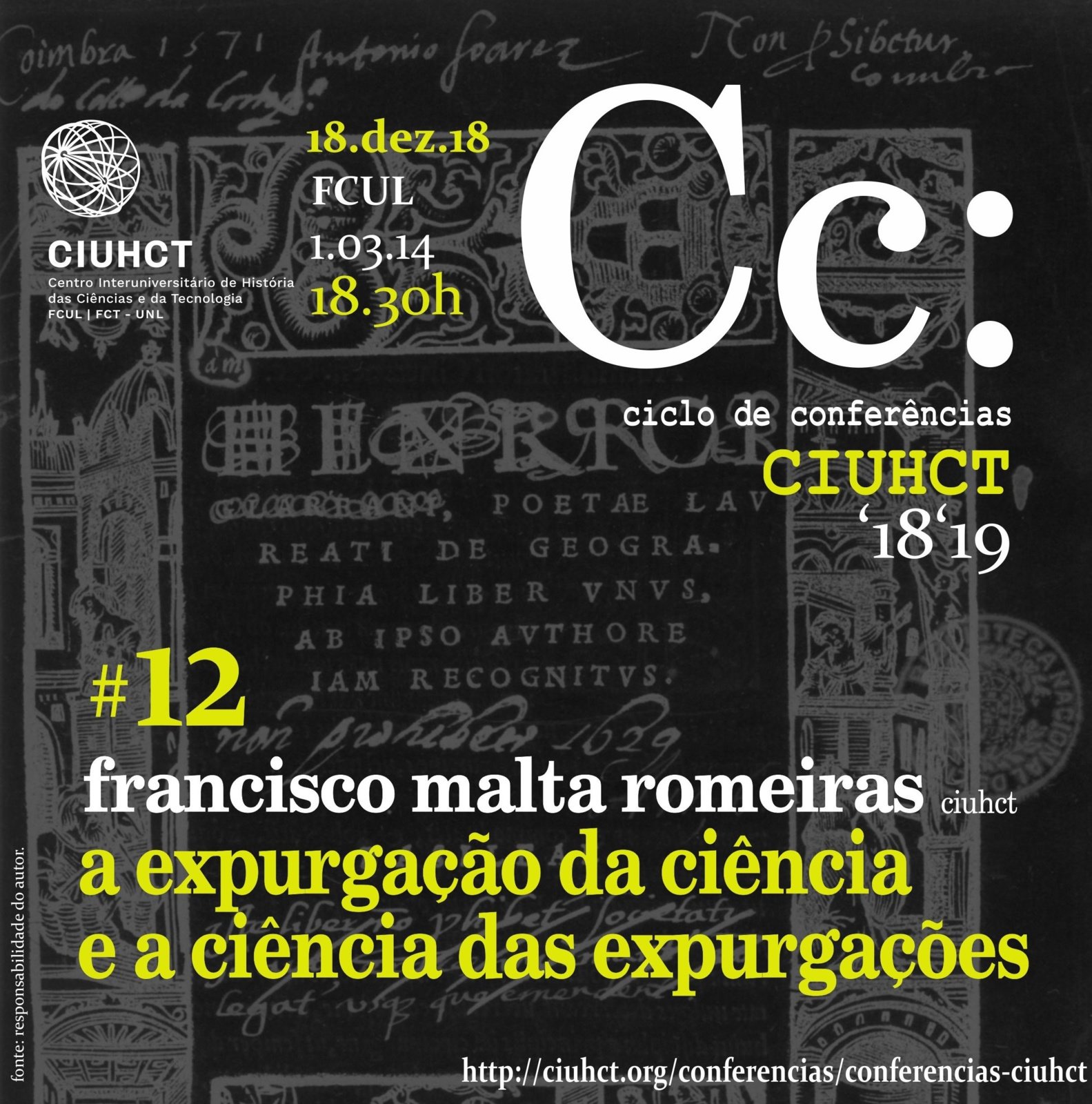 During the sixteenth and seventeenth centuries, the Portuguese Inquisition was responsible for the publication of the Index Librorum Prohibitorum and for ascertaining its actual implementation in the Portuguese empire. Throughout the centuries, the criteria for censorship was subject to very few changes. In the case of science books and authors, the Portuguese Index condemned some works of medicine, natural philosophy, astrology, and divinatory arts. By examining the material evidence of censorship’s mechanisms in the collection of the Portuguese National Library, this paper reveals the processes and effectiveness of expurgation and highlights the differences between what inquisitors wrote in the Index and what others put into practice.

Francisco Malta Romeiras works at the Department of History and Philosophy of Science at the University of Lisbon. His research interests include the history of science in Portugal, the history of Jesuit science and education, and the history of book censorship. Former Senior Research Fellow at the Institute for Advanced Jesuit Studies, Boston College, he has been working on the publication of a monograph on Jesuit science and education in modern Portugal entitled Jesuits and the Book of Nature. His works have appeared in History of Science, Journal of the History of Science and Technology, Archivum Historicum Societatis Iesu, Journal of Jesuit Studies, and Brotéria. Recently, he edited with Henrique Leitão the selected works of the molecular geneticist and Jesuit scientist Luís Archer: Obra selecta do Padre Luís Archer, S.J., 4 vols. (Lisbon: Fundação Calouste Gulbenkian, 2015–2017) and published an illustrated history of the Jesuits in Portugal after their official return in 1858: Jesuítas em Portugal depois de Pombal. História ilustrada (Cascais: Lucerna, 2018). Currently, most of his time is spent on a project on the circulation and censorship of scientific books in the sixteenth and seventeenth centuries. He has been serving as a member of the editorial board of the Jesuit journal Brotéria since 2013.