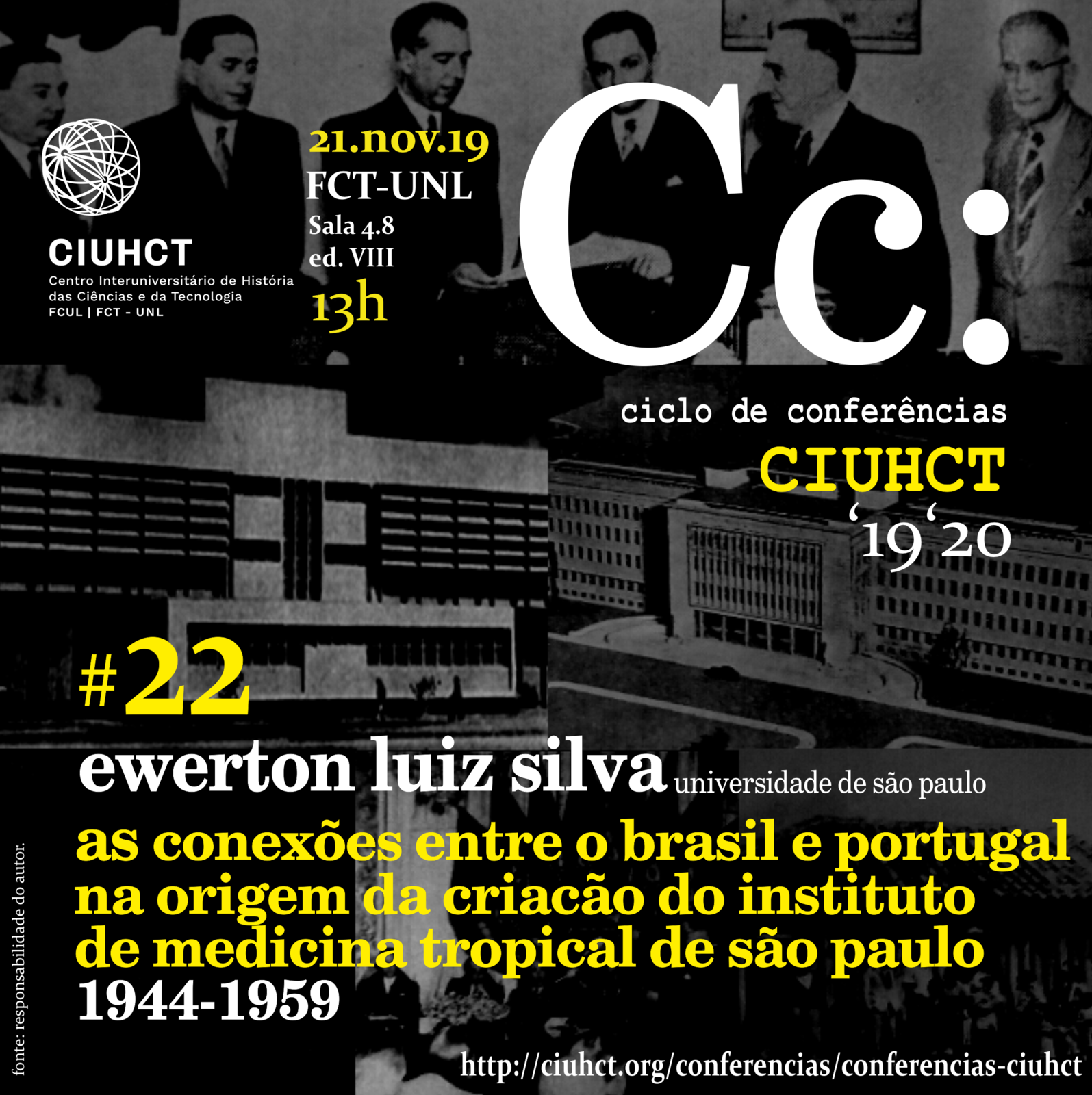 In January 1959, at the initiative of some professors of the Faculdade de Medicina da Universidade de São Paulo (FMUSP), the Instituto de Medicina Tropical (IMT) was inaugurated as a research and teaching center focused on that medical specialty. Its first director, Carlos da Silva Lacaz – Professor of Microbiology and Immunology –  acknowledged that the inspiration to create, in São Paulo, an institute of tropical medicine was born during your stay in Portugal to attend the VI Congresso Internacional de Medicina Tropical e Paludismo (1958), held in the newly founded building of the Instituto de Medicina Tropical de Lisboa. I intend to defend, throughout my presentation, that the participation of Brazilian doctors –  among them Carlos Lacaz and Emmanuel Dias –  in that congress was a consequence, in addition to the international recognition of Brazilian medicine, of a process of scientific approximation between tropicalist doctors on both sides of the Atlantic, reinforced from 1944. That year, João Fraga de Azevedo, director of the Instituto de Medicina Tropical de Lisboa, and Augusto Salazar Leite, professor of the chair of Tropical Dermatology and Mycology, starred in the first official Portuguese medical mission for studies in Brazil. The Lusitanian professors remained in Brazilian lands for 38 days and interned in the main scientific centers of the country such as the Instituto Oswaldo Cruz, in Rio de Janeiro, and the Instituto Butantan, in São Paulo. At the time, it was proposed to intensify scientific exchange through the creation of a Brazil-Portugal Institute and the holding of medical congresses between the two countries. Throughout the 1950s, several congresses promoted spaces for greater scientific cooperation between Brazilians and Portuguese, such as: V Congresso de Microbiologia (Rio de Janeiro, 1950), I Congresso Nacional de Medicina Tropical (Lisbon, 1952), Jornadas Médicas luso-brasileiras (Rio de Janeiro and São Paulo, 1952 and Lisbon and Coimbra, 1956) and the Congresso Internacional sobre a doença de Chagas (Rio de Janeiro, 1959). Thus, I intend to expose how these connections were important to feed a movement in São Paulo in order to establish an institute focused on the study of tropical diseases that also affected the state and its population.