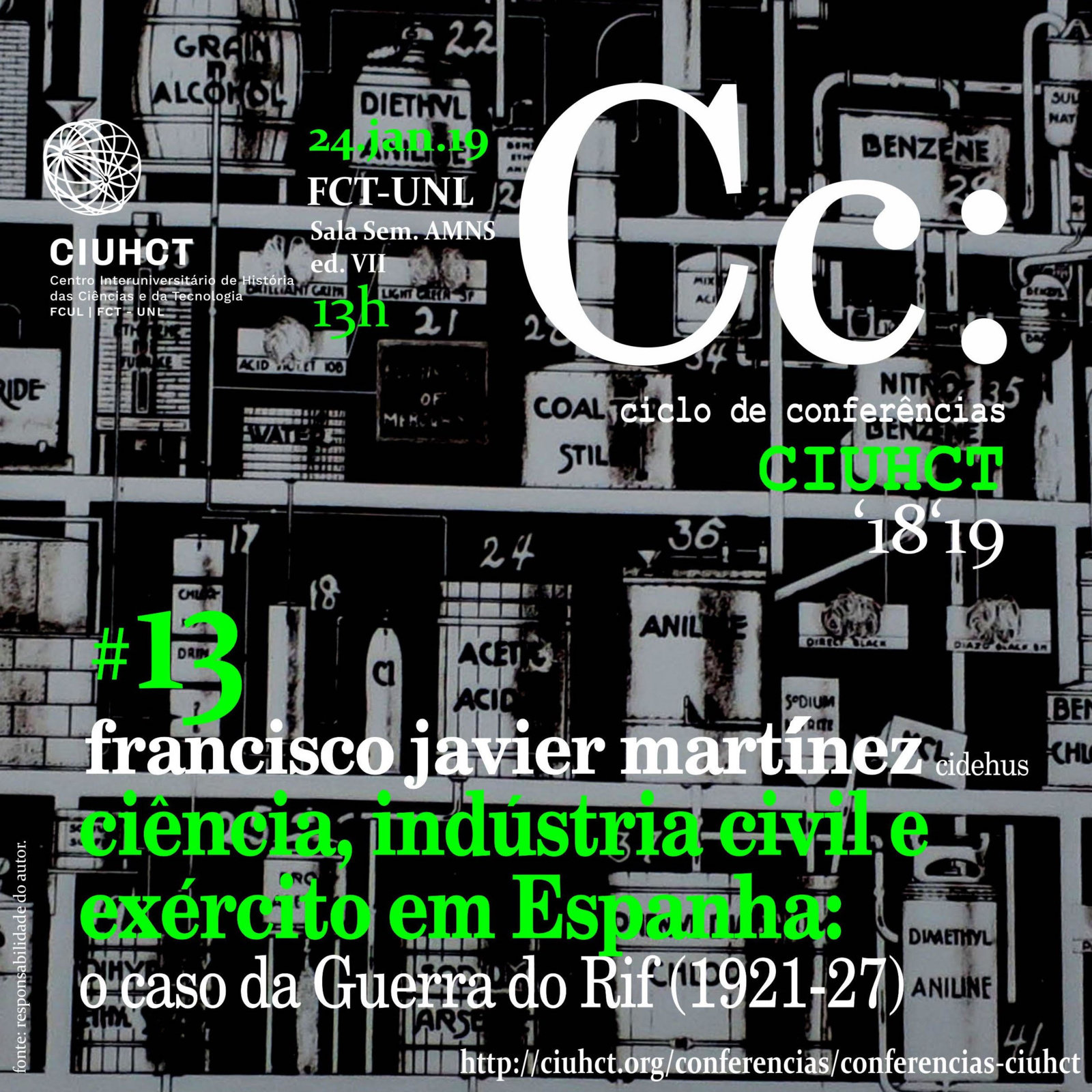 The relations between science, industry and the war effort changed significantly after the experience of World War I, even in those countries that were not belligerents in this conflict. This was the case of Spain, whose neutrality did not prevent its political and military authorities to pay close attention to the development of new military strategies and new weapons, especially aviation and toxic gases. However, the systematic mobilization of Spanish science and civil industries would only be accomplished during the so-called Rif War, a harsh armed conflict that culminated two decades of campaigns of occupation of the territory of the Spanish Protectorate in Morocco. In this seminar, we will analyze this general question by focusing on the particular case of chemistry and the artificial dye industry.

Francisco Javier Martínez is FCT Investigator researcher at the CIDEHUS of the University of Évora, Portugal. His research focuses on the history of medicine, public health and humanitarian relief in contemporary Morocco, especially in relation to Spanish and French colonial interventions, but also to Portuguese initiatives. He has investigated as well on Morocco’s scientific modernization in the 19th and 20th centuries and the life and writings of modern Spanish travelers to the Arab-Islamic world. Recent publications include the collective volume Mediterranean quarantines, 1750-1914. Space, identity and power (Manchester University Press, 2018), the monographic issue “The Pasteur Institutes in the Maghreb during the colonial period” in the journal Dynamis (2016) and a chapter in the collective volume Dilemmas of Humanitarian Aid in the 20th century (Oxford University Press, 2016).