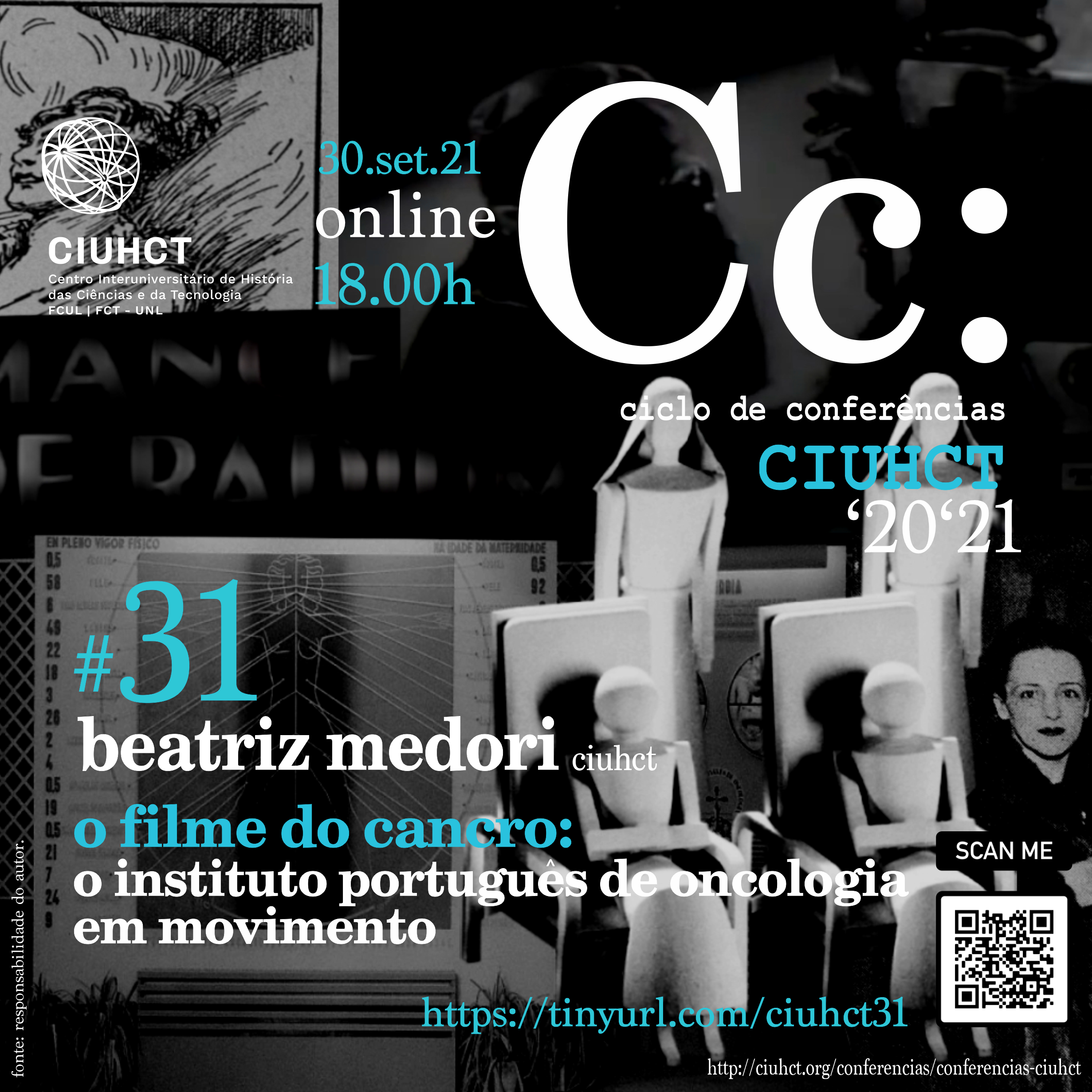 The analysis of the Portuguese Institute of Oncology’s (IPO) using of film in its fight against cancer frames a new chapter of Beatriz Medori’s PhD Project held at CIUHCT. Rethinking nationalism: the propaganda against cancer of the Portuguese Institute of Oncology in the 1930s and 1940s takes a multidisciplinary approach that encompasses the fields of History of Science and History of Art to reclaim the material and visual culture of the IPO. Likewise, it explores the history of the Institute in its relation to the circulation and popularization of knowledge, as well as to the making of nationalism in the Portuguese dictatorship of the Estado Novo (1933-1974). For the moving image’s incorporation in the IPO’s campaigns against cancer was speedy in Europe, it was following (again) the North American model of American Society for the Control of Cancer, whose campaigns the IPO had been translating, adapting and using since 1928. Through this history of film in its scientific and cultural context, domestically and abroad, this project also rethinks the Estado Novo’s nationalism as transitional, shedding new light on the influence of North American culture in Portugal already seen at the beginning of the 20th century.

Beatriz Medori holds a MA in History of Art from the University College London (UCL) (2016) and a BA in History of Art from the New University of Lisbon (Faculty of Social and Human Sciences) (2014). She takes a multidisciplinary approach that encompasses the fields of History of Science and Technology and History of Art, with a focus on the Material and Visual Culture of Medicine in Portugal. She is a PhD student at the Centro Interuniversitário de História das Ciências e da Tecnologia (CIUHCT) (Lisbon), with the project Rethinking nationalism: the propaganda against cancer of the Portuguese Institute of Oncology in the 1930s and 1940s, supervised by Ana Simões (2019-2023) and supported by Fundação para a Ciência e a Tecnologia (UI/BD/150759/2020).