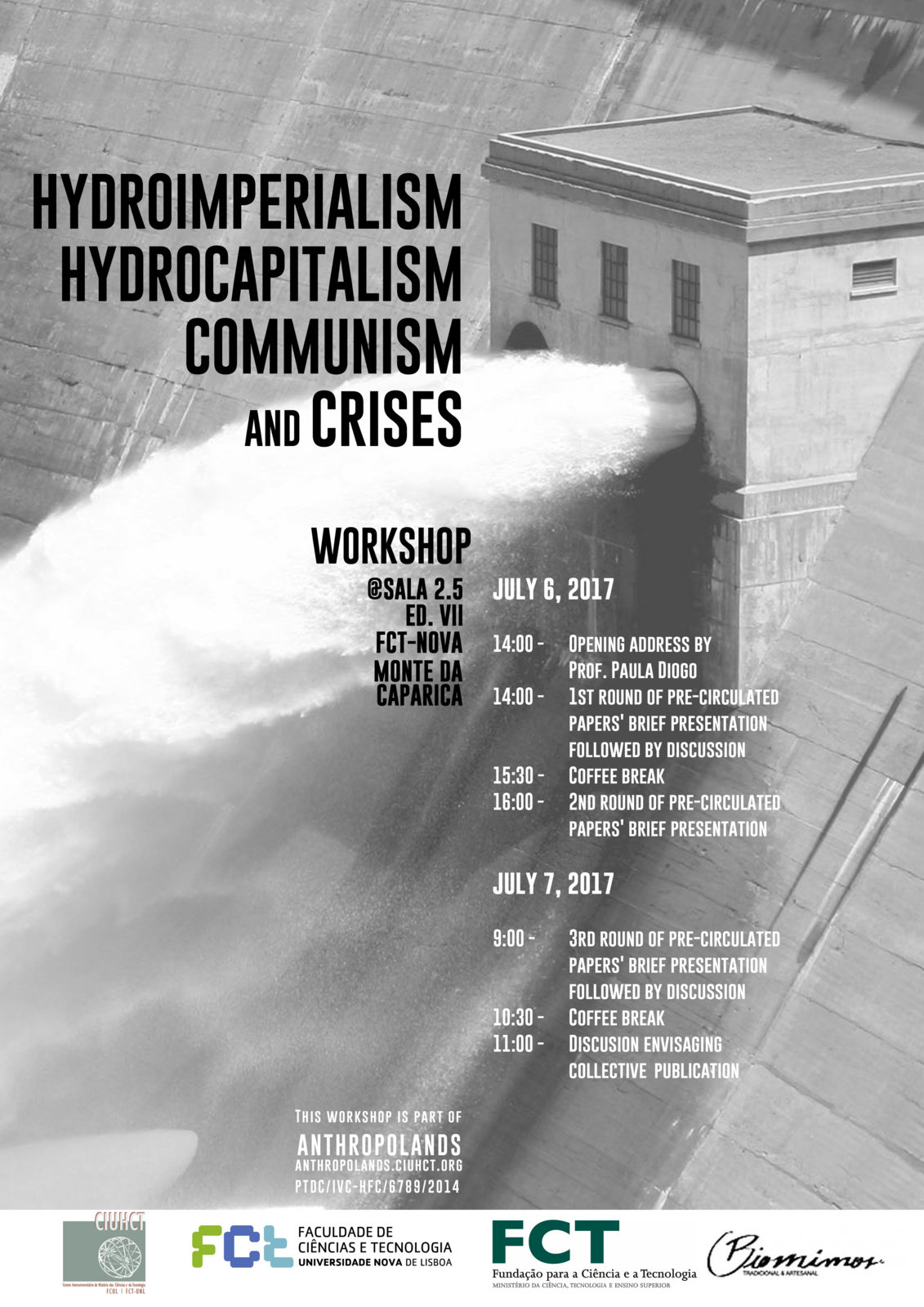 Ana Paula Silva, Jiří Janáč, Benjamin Brendel were engaged in a 2016 ICOHTEC Congress session (Hydroimperialism, hydrocapitalism, communism and what else?) based on the assumption that dams are often seen as classic examples of technologies of display, used by central governments to demonstrate and legitimize their political and economic power. While big dams were predominantly- designed, and interpreted as means to control nature, it has been noted that construction of dams, as well as any other measure aimed at regulating water, constitutes and represents various forms of political power. Not only water courses, but also entire societies were disciplined and controlled by means of water management - such was the core of the hydraulic mission (Molle et al. 2009). Thus, dams embodied preconceptions not only about nature, but also about peripheries and local knowledge, peoples, societies and cultures and systems of governance.

Therefore, we argued that construction of a dam and its design reveals existing power hierarchies. Following Sara B. Pritchard and her concept ofhydroimperialism, we asked how did dam building, i.e. hydraulic knowledge and water regulation practices, „reveal and reproduce unequal power relations predicated upon expansionists mentality” associated with European modernism (Pritchard, 2012)? To answer such a question, we focused on the centre-periphery relations and study how the lofty concepts and visions of dams, developed in imperial centres and promoted by their local representatives – hydraulic engineers, interacted with local knowledge and culture. How visions of colonizers (developers, hydraulic engineers, agencies) and local inhabitants and experts were juxtaposed and negotiated in the designing and development of dams. And therefore how power was negotiated through the dambuilding process.Thus, we primarily focused on African colonies of Portugal and formally independent communist countries of Eastern Europe, which we see as a part of the informal soviet empire. Further we connected both phenomena: dam building in Africa and Soviet 'imperialism' through a presentation about the Egypt case-study. We argued that conceptions, regarding water management and dams' building, are transversal to different forms of imperialism.​

Following the session, we agreed on broadening up our previous approach. Despite important differences concerning political development and engineers' agency, the impact of hydroimperialism could be identified as an important driving force behind construction of large dams, which also resulted either in the outbreak of conflicts or ways of resolving them, as it was the case of the contested “wet dream for Spain” (Swyngedouw, 2015), and the plan to solve tensions in Southeast Asia through an international consortium to jointly manage the Mekong inspired in TVA (Ekbladh, 2002).

Moreover, up to the present, construction of large dams has displaced millions of people, and dramatically altered both ecosystems and social systems centred on rivers across the world, which resulted in both social and environmental crises.