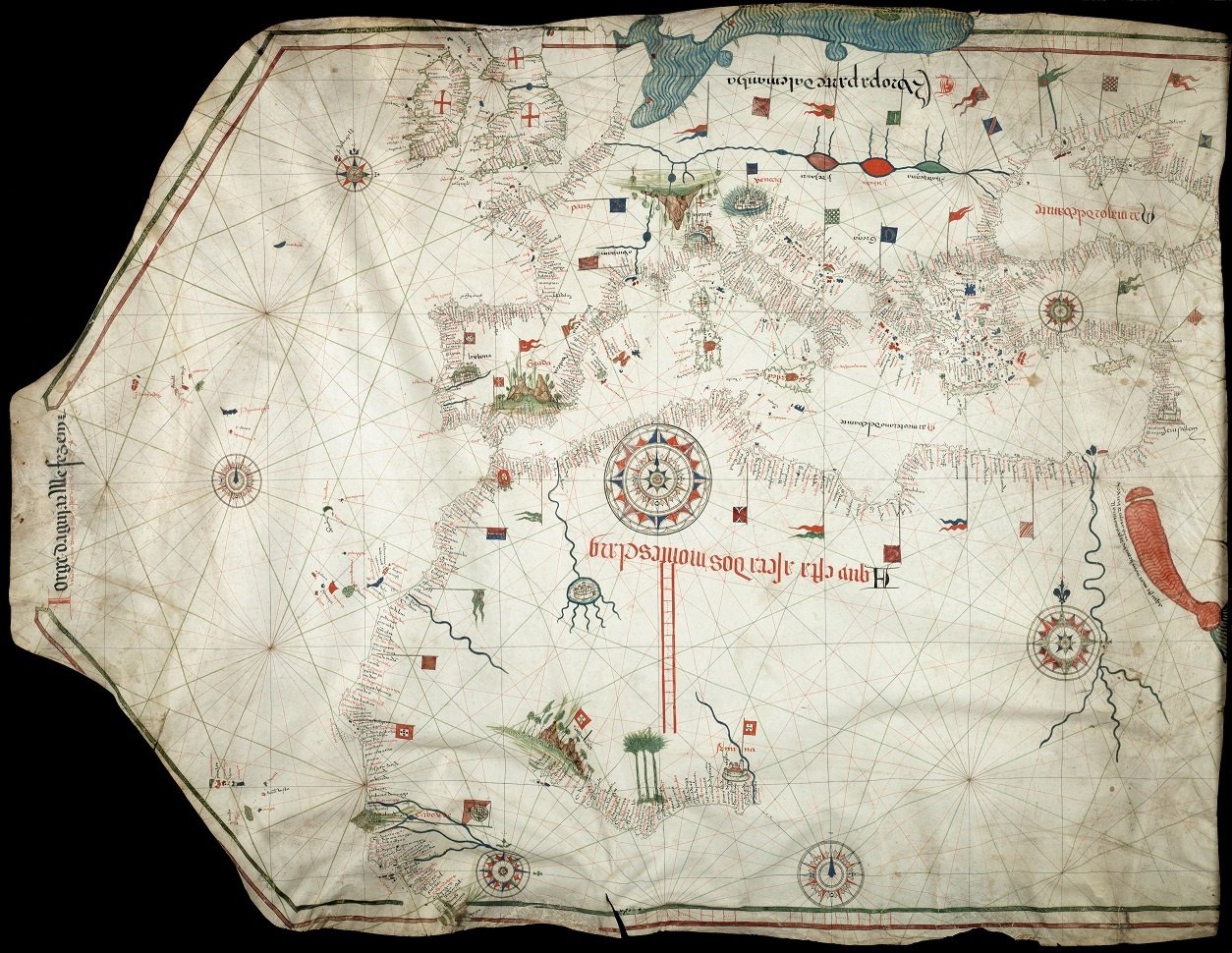 The origin of the medieval portolan charts, which have been called the “first true maps,” is shrouded in mystery. Historians of cartography have long struggled with vexing questions about who, how, when, and from where these modern-looking charts came. In my presentation I will comment upon the apparent confusions made by some researchers between “accuracy” and “precision”, and between two different measurement systems – one used for making the charts and another for studying the charts. I will then suggest what technologies had to be present in the 13th century in order to give rise to the creation of the portolan chart. Finally, given that the primary function of the chart in plotting courses, I offer my idea that the precursor to the portolan chart did not start out as a map but as a piece of scrap parchment for calculating the sides of triangles for recovering the course.

Gregory C. McIntosh is a retired aerospace engineer (Hughes Aircraft, McDonnell-Douglas, Boeing Aircraft), formerly lecturer at Piri Reis University in Istanbul, and currently a researcher on the Medea-Chart project at the University of Lisbon investigation the origin, use, and evolution of portolan charts. His research work and publications are primarily on the early sixteenth century cartography of the New World. He is a past council member of the Society for the History of Discoveries, past vice-president of the California Map Society, and his memberships have included the International Map Collectors Society, the Texas Map Society, the Washington Map Society, and the International Society for the History of Cartography. He has written four books, contributed chapters to seven others, and has made numerous conference presentations. His journal articles have appeared in Terrae Incognitae, Imago Mundi, Mercator’s World, Cartographica Helvetica, American Neptune, and The Portolan. His most recent book is The Vesconte Maggiolo World Map of 1504 in Fano, Italy (2013).