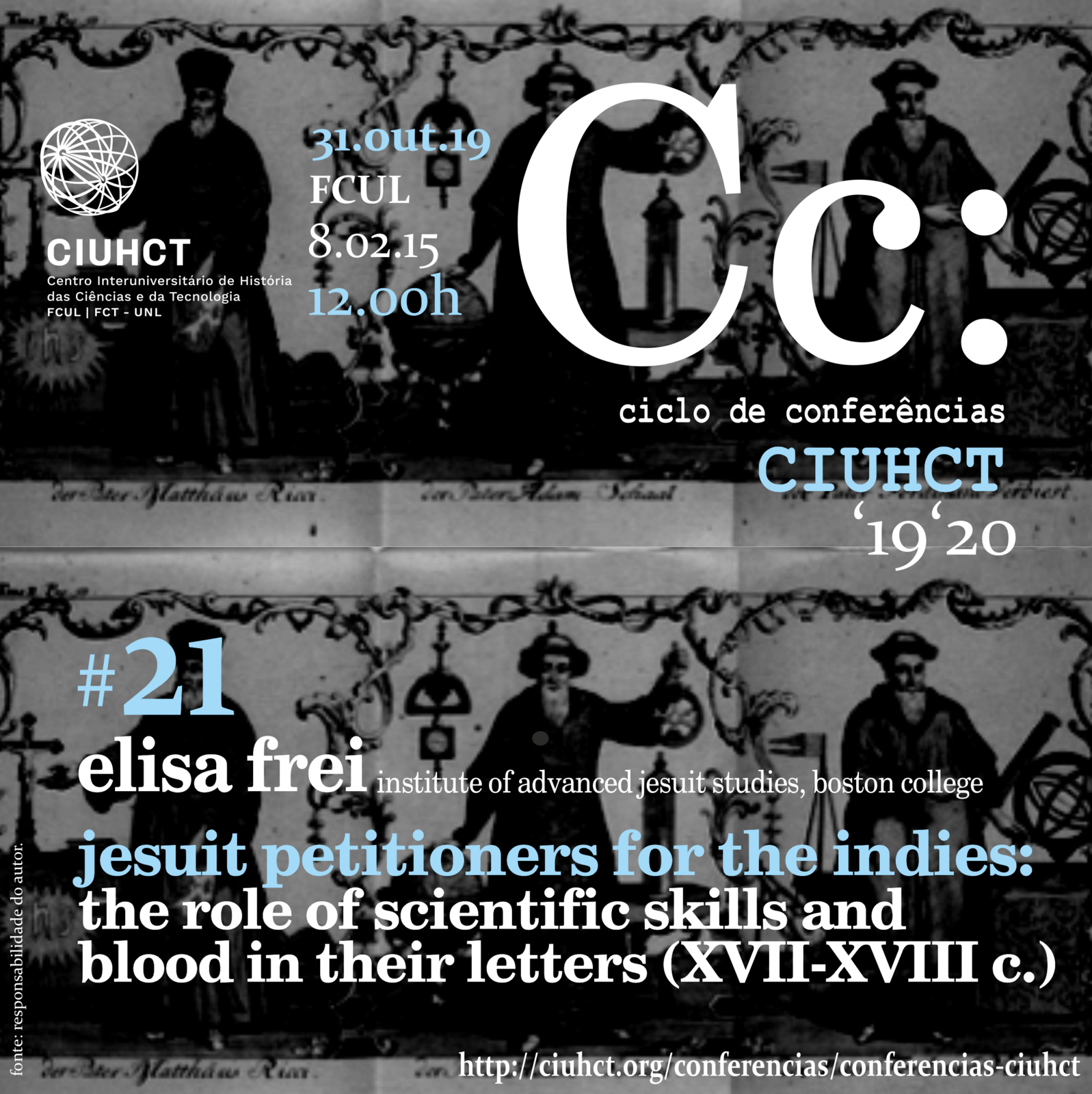 The Society of Jesus—established by Ignatius of Loyola and approved by Paul III in 1540—benefited from close relations with the Spanish and Portuguese empires, providing the crowns with capable and devoted missionaries and allowing Jesuits to travel to almost any corner of the world. The motives behind their missionary vocations are found in the thousands of Litterae indipetae, the voluntary petitions European Jesuits wrote to their leadership in Rome requesting assignments abroad.

Competition for missionary assignments, especially in the Indies, was fierce, and the candidates employed multiple strategies in their indipetae. Since Jesuits were employed at China’s Qing court for their work as astronomers, scientists, and cartographers, it was in stressing their mathematical proficiency that some petitioners sought to distance themselves from their rival applicants. The first part of this presentation follows the careers of two Italian Jesuits asking for a Chinese assignment, who underlined their mathematical skills with a similar approach but different results, because Mathematics was only one of the influential factors of a candidacy for the Eastern Indies.

Secondly, we will analyze the “psychological” characteristics of some other petitioners: temperaments were considered to be strictly related to blood, and in general to the physical condition. The Jesuits’ naturalis complexio could be, for instance, sanguinea, and as such was annotated in the Catalogi Triennales together with several other “behavioral” aspects (iudicium, prudentia, ingenium, etc.).

But blood recurred also as a tòpos in many litterae indipetae, because petitioners very often mentioned their desire to suffer, weep and most of all to spill their blood for God’s glory. We are going to see the reasons why they were so obsessed with blood, discovering that a few of them even claimed to have written their letters with it.

Elisa Frei is a collaborative scholar at the Institute for Advanced Jesuit Studies, at Boston College, where she was post-doctoral fellow in 2017-2018. She studies Litterae indipetae, petitions for the overseas missions written by Jesuits during early modern age. She co-edited the treatise Asia (1653) by Daniello Bartoli SJ, and is now working on several essays and a monograph based on her doctoral dissertation, whose provisional title is ≪Outpouring of hearts on fire≫. Italian Jesuits Asking for the Eastern Indies (1678-1730 ca.).