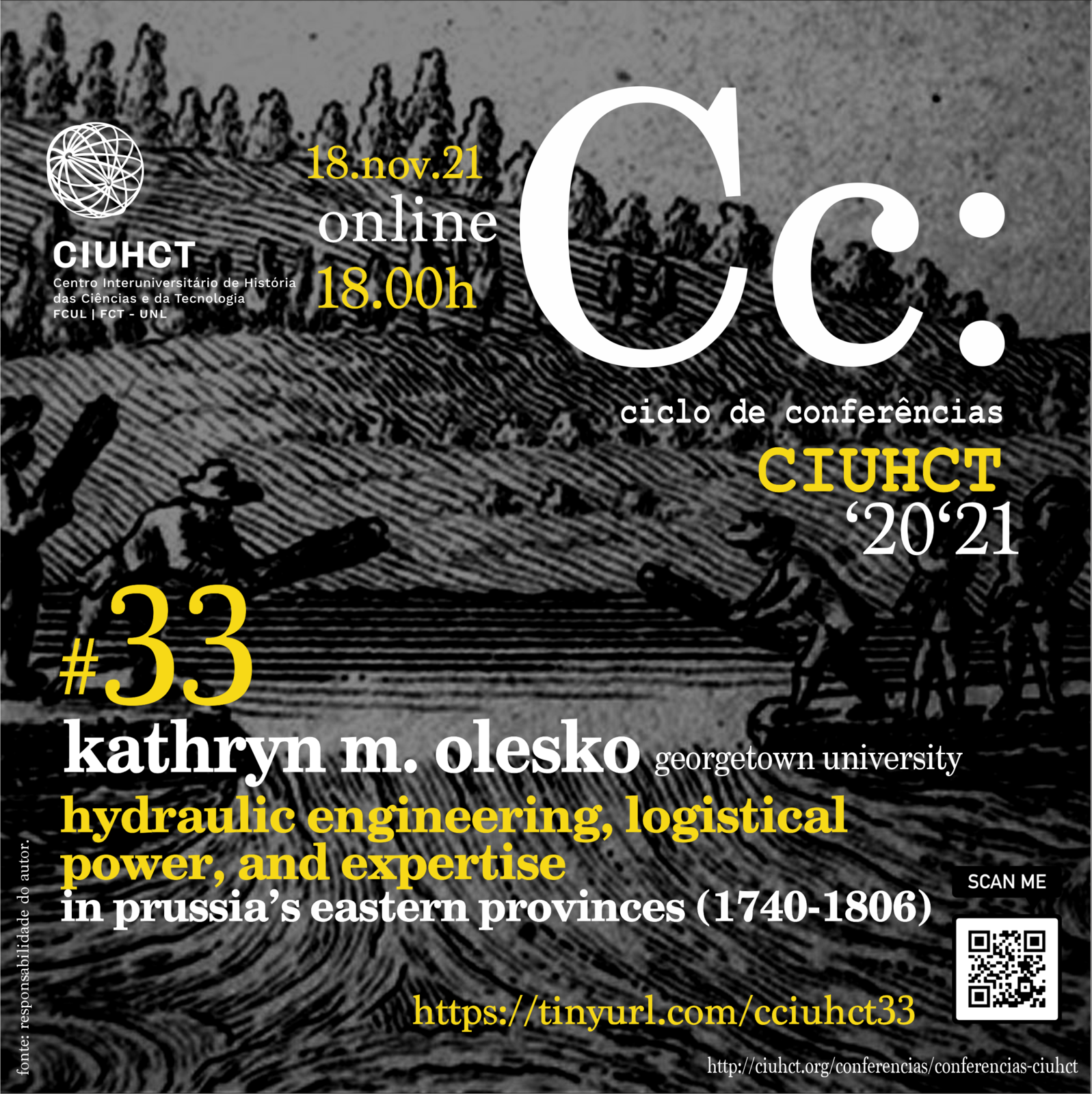 Prussia’s rapid expansion eastward between 1740 and 1806 provided opportunities to reclaim land for the settlement of German colonists, to rectify rivers to speed up transportation, to control floods through the reinforcement of river banks, and to build canals to transform waterways. This lecture treats Prussia’s projects in hydraulic engineering as examples of logistical power: the state’s ability to transform the material world by planning, executing, and managing projects on the ground for the purpose of projecting its control over the natural and built worlds. The exercise of logistical power necessitated the creation, curation, and support of technical expertise. Projects in hydraulic engineering became a reservoir of strategies—technical and metaphorical—for coping with social and political change.

Kathryn Olesko is Professor Emeritus at Georgetown University. Her main research interests include measuring practices, science pedagogy, science and engineering in Germany (especially Prussia), and comparative nuclear cultures. She is the author of Physics as a Calling and over fifty articles. She edited twelve volumes of Osiris. Her current projects include studies of: hydraulic engineering in Prussia’s eastern provinces, Gustav Kirchhoff as a student, a short biography of Friedrich Wilhelm Bessel, and German nuclear culture on both sides of the Iron Curtain during the Cold War.