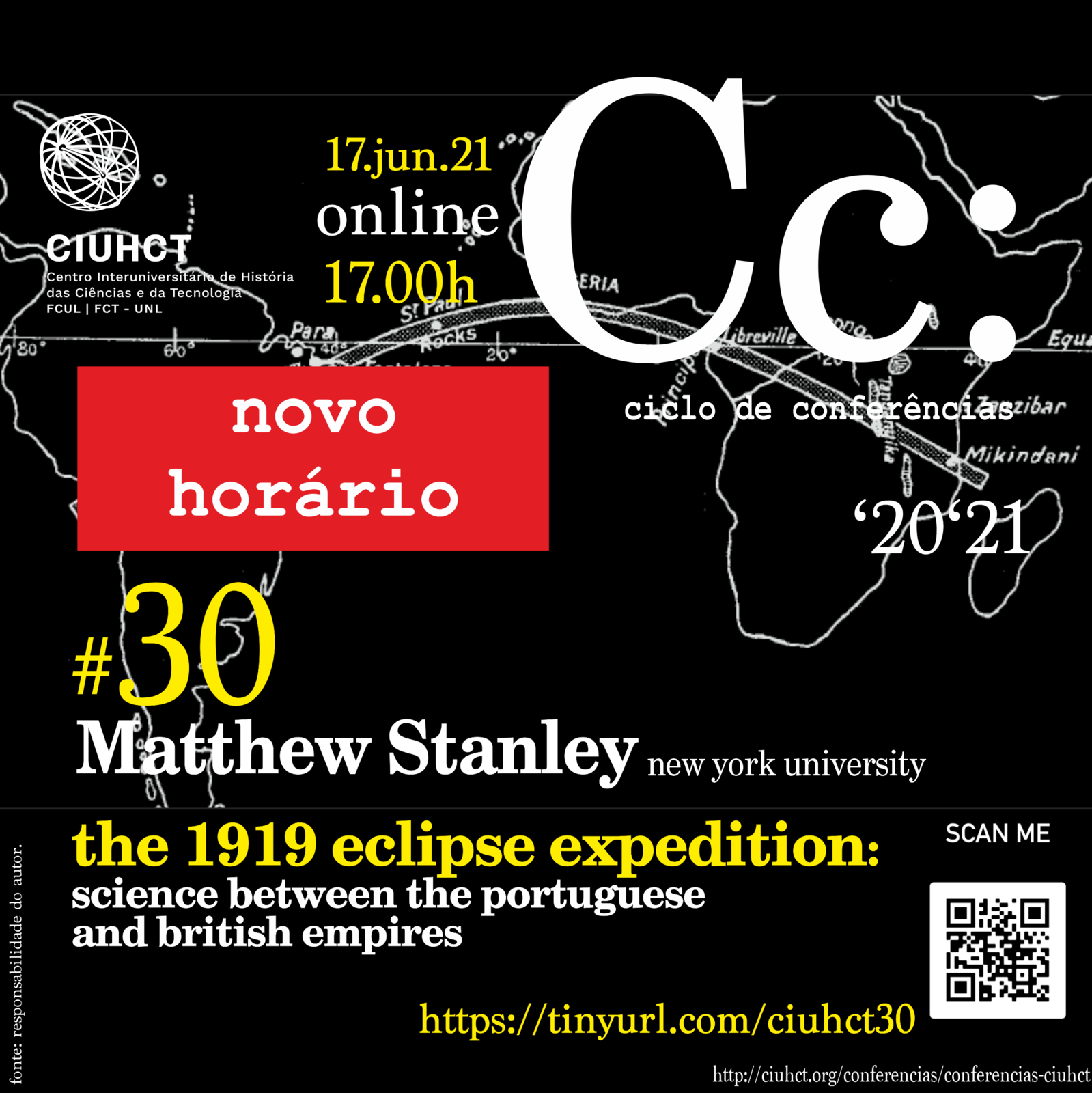 The 1919 eclipse expedition that confirmed Einstein’s theory of general relativity and catapulted that scientist to worldwide fame relied heavily on the political and physical infrastructures of the Portuguese and British empires. The observations were conducted in Principe and Brazil, and Portuguese astronomical, geographical, and meteorological knowledge was crucial to the expedition’s planning and success. Frank Dyson, the Astronomer Royal in Britain, used imperial connections between different nations to set up the complicated logistics needed, which were particularly delicate in the aftermath of World War I. The leader of the expedition, A.S. Eddington, had liberal political views that were often in tension with these contexts. This moment in scientific history relied, surprisingly, on both ideals of internationalism and imperialism.

Matthew Stanley is a historian of science at New York University’s Gallatin School of Individualized Study. He is the author of Einstein’s War: How Relativity Triumphed Amid the Vicious Nationalism of World War I (Dutton, 2019).