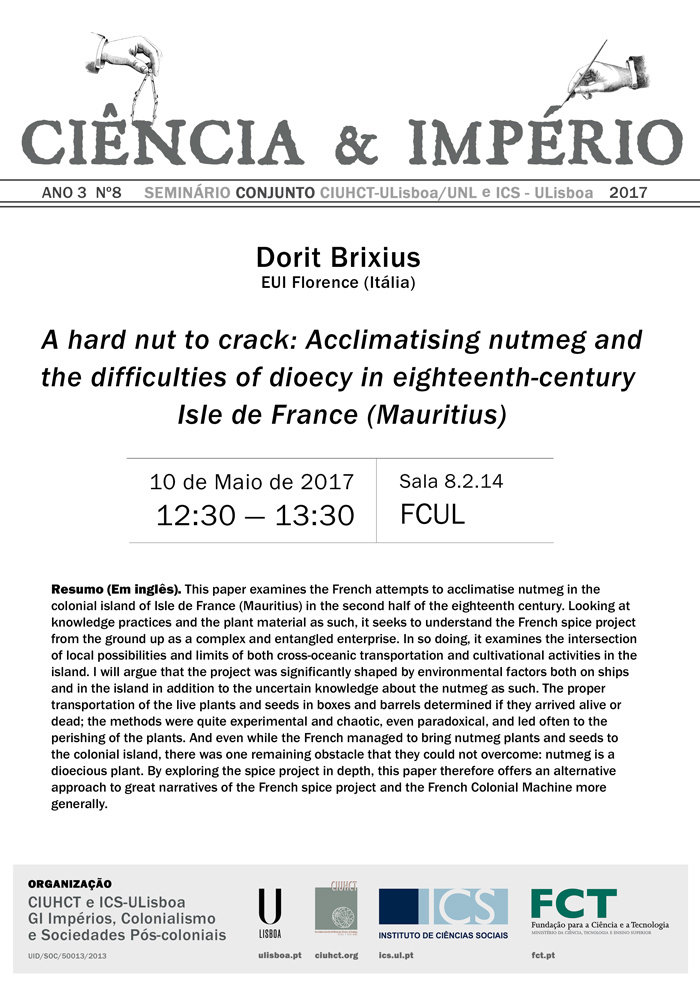 This paper examines the French attempts to acclimatise nutmeg in the colonial island of Isle de France (Mauritius) in the second half of the eighteenth century. Looking at knowledge practices and the plant material as such, it seeks to understand the French spice project from the ground up as a complex and entangled enterprise. In so doing, it examines the intersection of local possibilities and limits of both cross-oceanic transportation and cultivational activities in the island. I will argue that the project was significantly shaped by environmental factors both on ships and in the island in addition to the uncertain knowledge about the nutmeg as such. The proper transportation of the live plants and seeds in boxes and barrels determined if they arrived alive or dead; the methods were quite experimental and chaotic, even paradoxical, and led often to the perishing of the plants. And even while the French managed to bring nutmeg plants and seeds to the colonial island, there was one remaining obstacle that they could not overcome: nutmeg is a dioecious plant. By exploring the spice project in depth, this paper therefore offers an alternative approach to great narratives of the French spice project and the French Colonial Machine more generally.