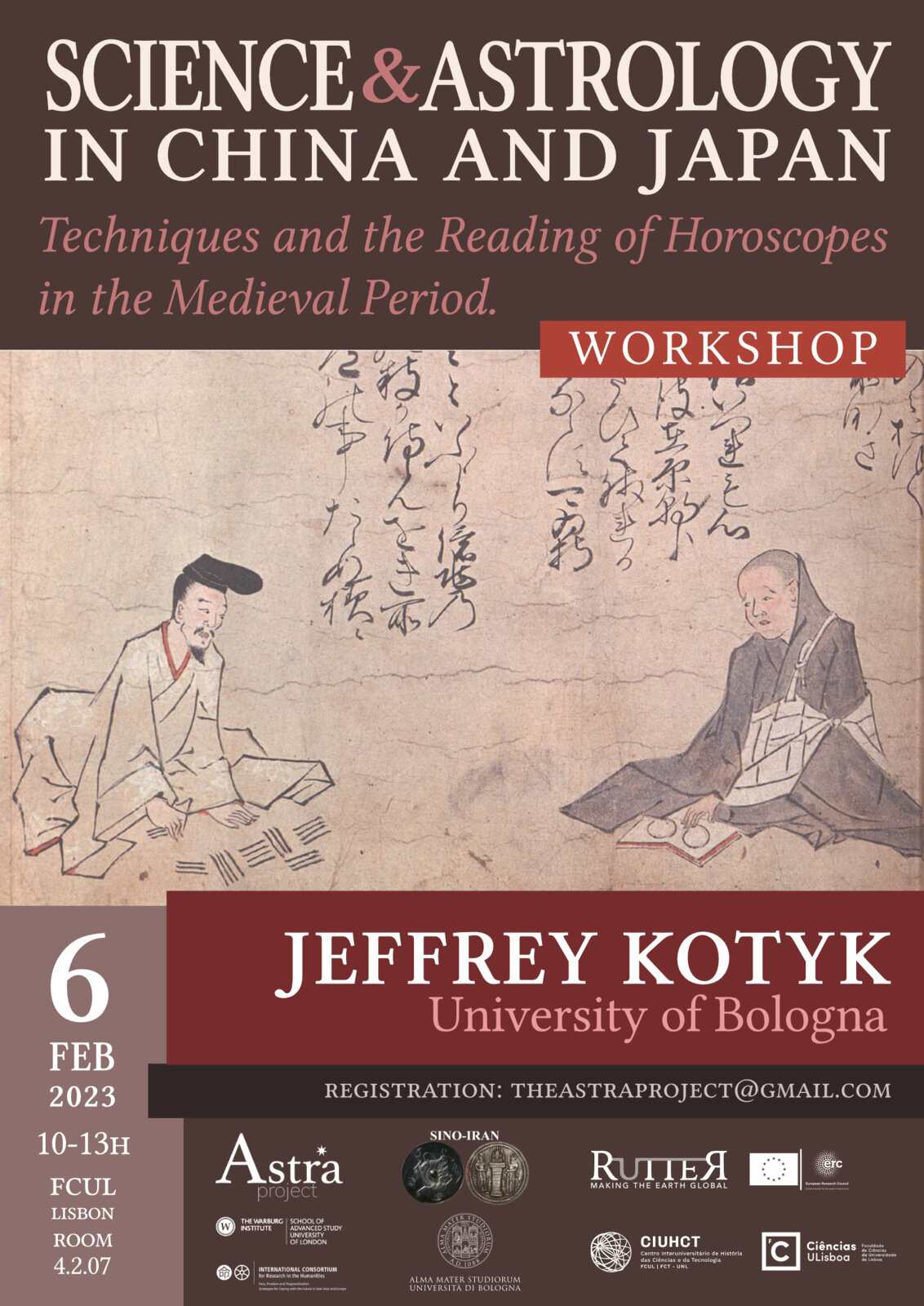 Indian and later Indo-Iranian astrology was introduced into China starting from around the seventh century CE. Basic understanding of lunar mansions and the seven-day week were integrated into Buddhism, but sometime around the year 800, the art of horoscopy was fully translated into Chinese. The reading of horoscopes became popular amongst scholars, Buddhist monks, and Daoist priests. A variety of texts dealing with astrology are preserved from this period. Japanese monks also brought back with them the Chinese form of horoscopy. In the late tenth century we see the tradition of Sukuyōdō emerge, in which Buddhist monks functioned as astrologers. The presentation will give an overview of the history of astrology in East Asia while also surveying some of the important techniques used in the reading of horoscopes.

Dr. Jeffrey Kotyk (Leiden University, PhD, 2017) is a Research Associate at the University of Bologna, Ravenna Campus, in Italy. Originally from Canada, he spent several years living in Japan, Taiwan and India studying Buddhism and languages. He has published extensively on the history of astrology and religion in Asia, with a focus on the Buddhist experience of astral science. He is presently carrying out a research project, Sino-Iran (https://www.sinoiran.it/), in which he examines the scientific, cultural, and material history of Sino-Iranian relations in antiquity.