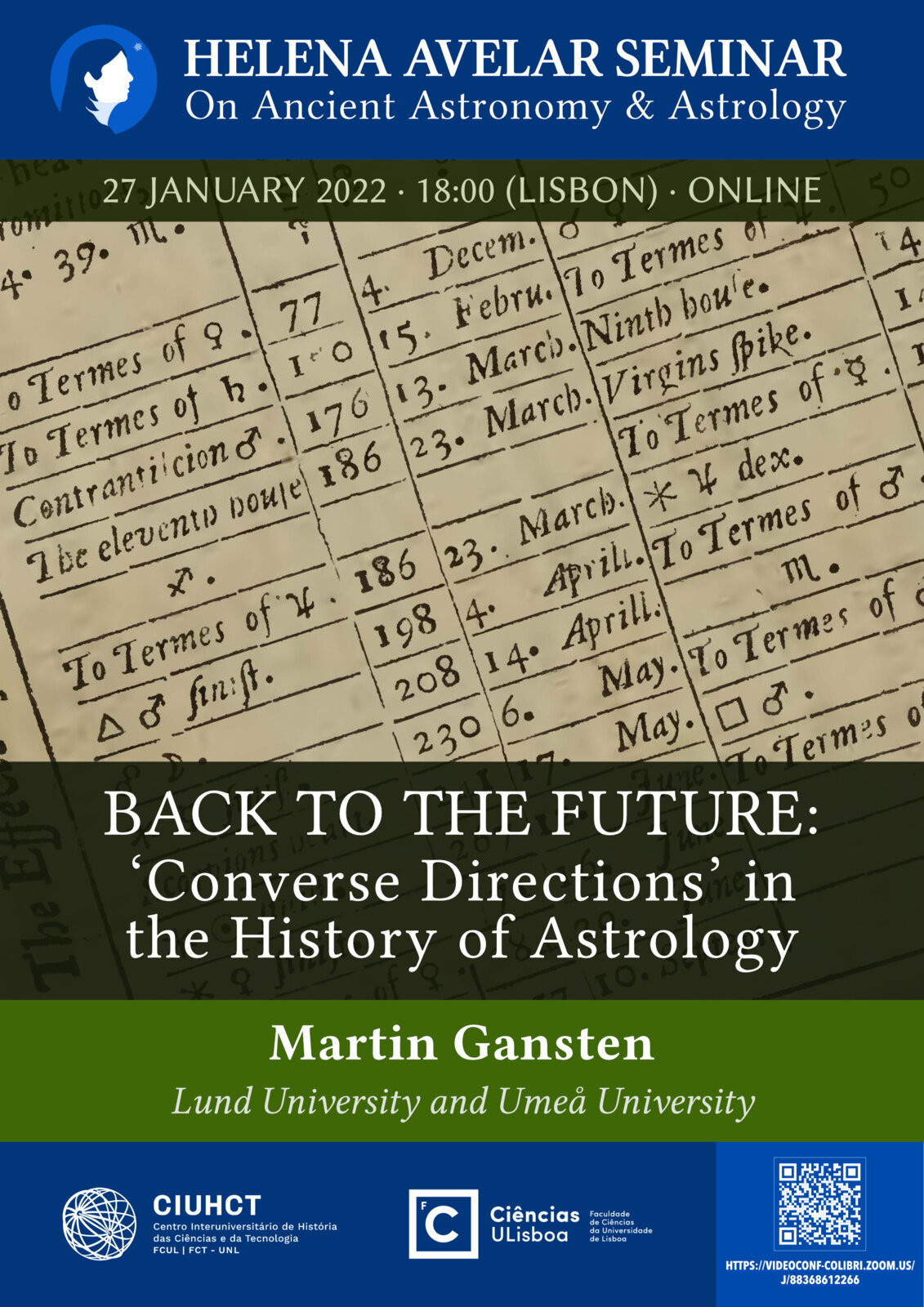 Throughout the history of horoscopic astrology, the prognostic method of direction (aphesis, tasyīr), based on the daily rotation of the celestial sphere, has been an important one. Its conceptual and mathematical foundations were not always well understood, however, and the notion of ‘converse motion’ in particular has been the subject of much controversy over the centuries. This presentation traces its development from its classical beginnings through the Arabic and Latin receptions and into the modern period.

Martin Gansten is a historian of religion whose research centres largely on the intersections between science and religion, particularly the intercultural transmission and development of horoscopic astrology. Most of his published work concerns South Asia, particularly the Indian reception of Perso-Arabic astrology, and is based on Sanskrit sources; but he has also engaged extensively with Greek and Latin material from the Hellenistic and early modern periods.