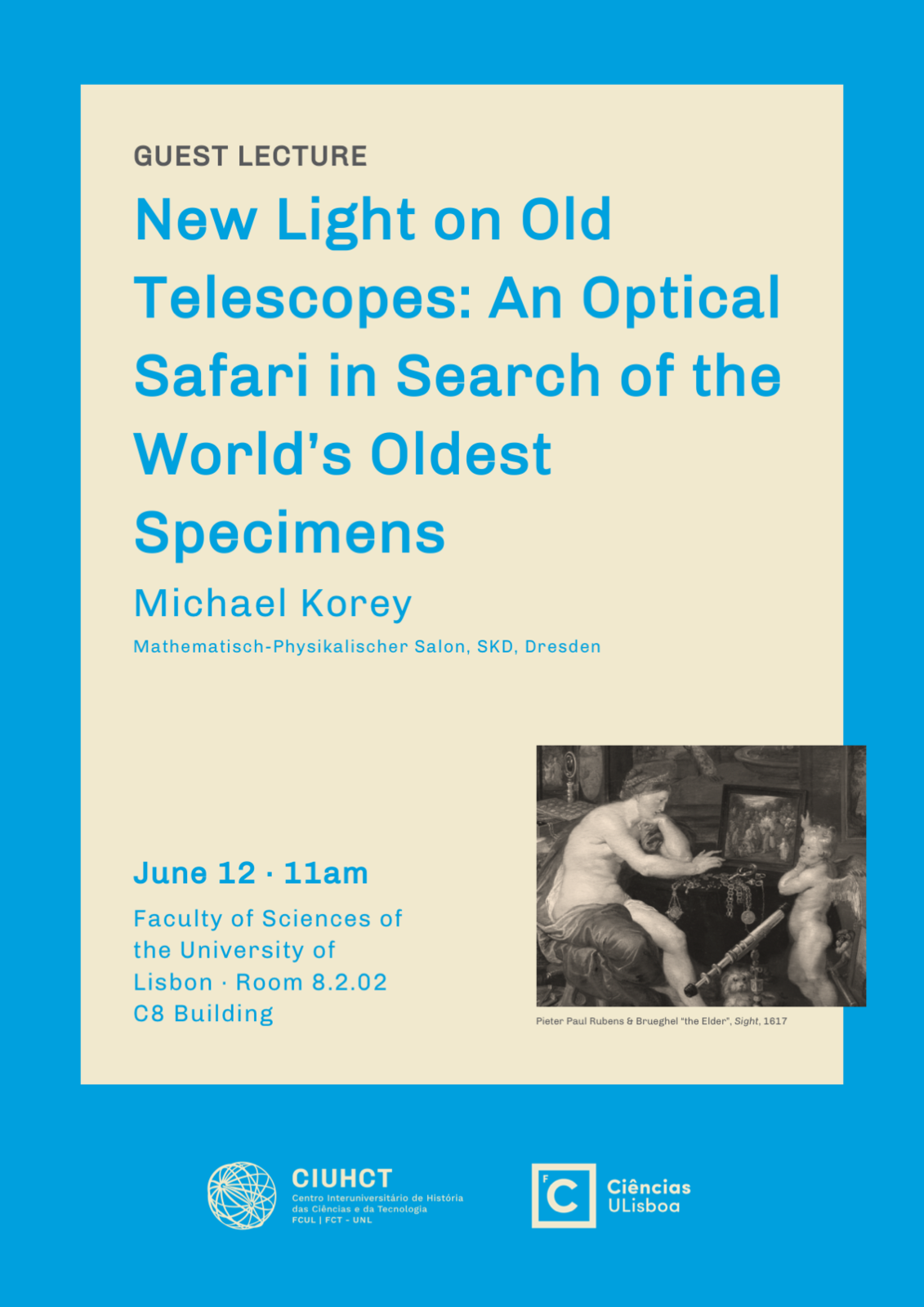 A telescope serves as an easily recognizable scientific instrument, one with a readily understood purpose and construction. But not always. Recently, a 3-month safari (with Marv Bolt/Corning Museum of Glass) tracking down and optically measuring instruments in more than two dozen museums and private collections across Europe capped a decade of investigating the startling variety of early telescopes. In addition to describing our methods, we will present selected key findings, from the surprising optical quality of the oldest securely dated instrument to the recovery of the only two known examples of early Keplerian telescopes. Along the way, we will see how elements of craft practice, optics, and iconography intertwine to help us “re-read” the history of this seemingly all-too-familiar instrument.

Trained as a mathematician, Michael Korey is the senior curator at the Mathematisch-Physikalischer Salon of the Dresden State Art Collections. He thanks his lucky stars daily that he has had the privilege to work with inspiring colleagues in Europe and the US, and to receive grant support from several foundations, in order to pursue his research and exhibition projects on early modern optics, Renaissance planetary automata, and the collecting of Judaica in the Enlightenment era. From 2013-2017 he served as the Secretary of the Scientific Instrument Commission of the International Union of History and Philosophy of Science and Technology.