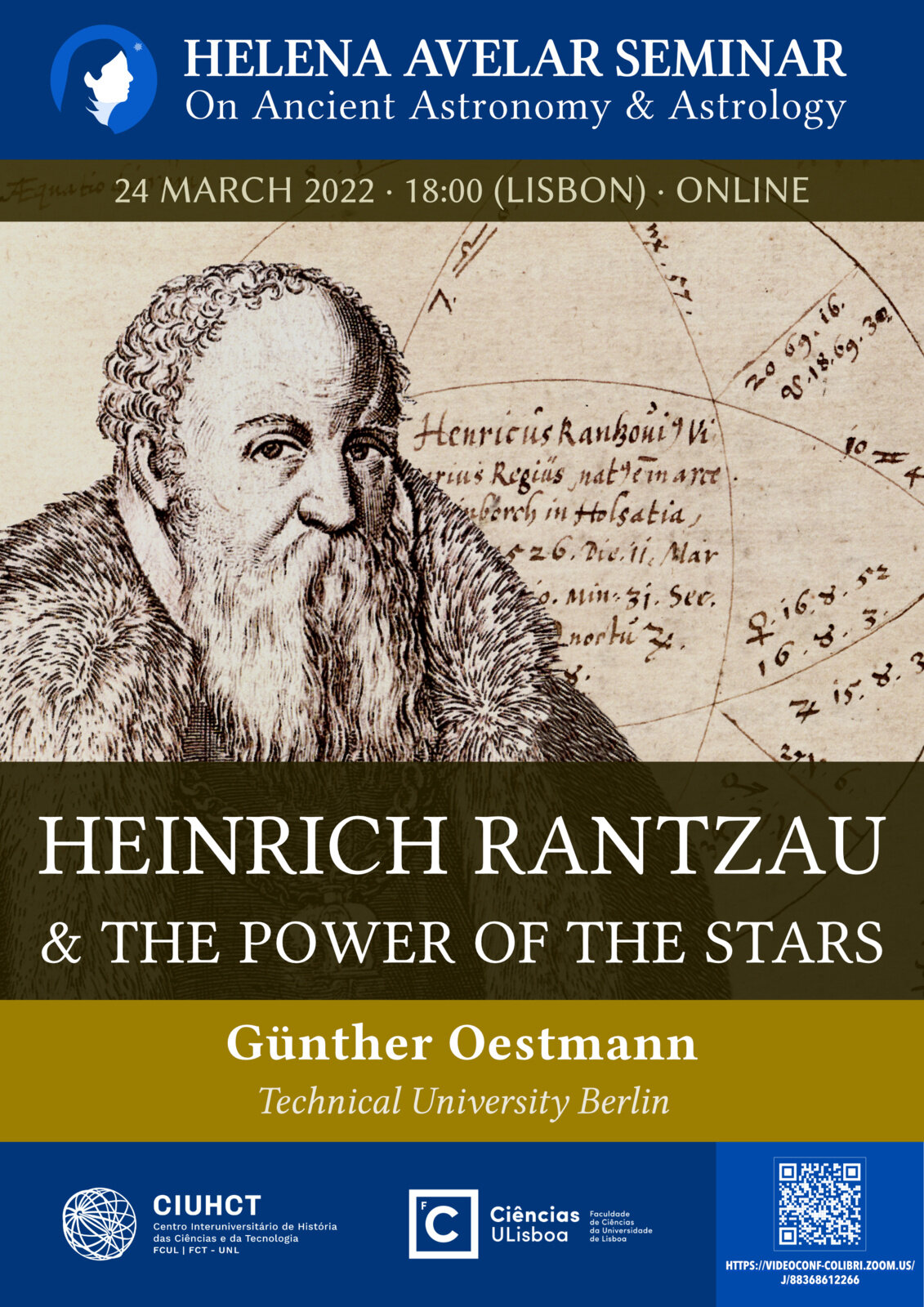 Heinrich Rantzau (1526–1598), Danish governor of Schleswig-Holstein and influential politician, was considered a black swan among contemporary noblemen because of his passion for books and his patronage in various fields of humanistic learning and art. During his studies in Wittenberg Rantzau was influenced by Philipp Melanchthon, an ardent believer in astrology. On his main seat, the castle of Breitenburg, he amassed a huge library, which contained thousands of volumes, engravings, incised plates, globes, maps, astronomical and mathematical instruments. Rantzau corresponded with numerous scholars and commissioned the composition of astrological textbooks. He employed several astrologers and oriented his life according to astrological measures. Extensive source material exists (including several versions of his nativity), some of which will be presented in the lecture.

Günther Oestmann (b. 1959) has been trained as a clockmaker and studied history of art and history of science in Tübingen and Hamburg. In 1992 he received a PhD with a study on the astronomical and astrological significance of the clock in Strasbourg Cathedral (awarded with the Philipp-Matthäus-Hahn-Prize in 1993) and in 2001 he completed a postdoctoral thesis (Habilitation) on Heinrich Rantzau and his attitude towards astrology. After having attended successfully a master class at the Federal Technical College for Clock- and Watchmakers in Karlstein, Austria he received a master craftsman’s diploma in 2002. From 2006–08 Oestmann worked as a curator of the Maritime Collection at the Deutsches Museum in Munich and since 2010 he is lecturer at Technical University, Berlin. In 2013 the Musée international d’horlogerie (La Chaux-de-Fonds) awarded the „Prix Gaïa” (category history and research) to him, and in 2014 he was elected as corresponding member of the International Academy of the History of Science (Paris). Three years later Oestmann was appointed as extraordinary professor for history of science at Technical University Berlin.
Fields of research: History of scientific instruments and clocks, history of astronomy/astrology and mathematical geography, maritime history.