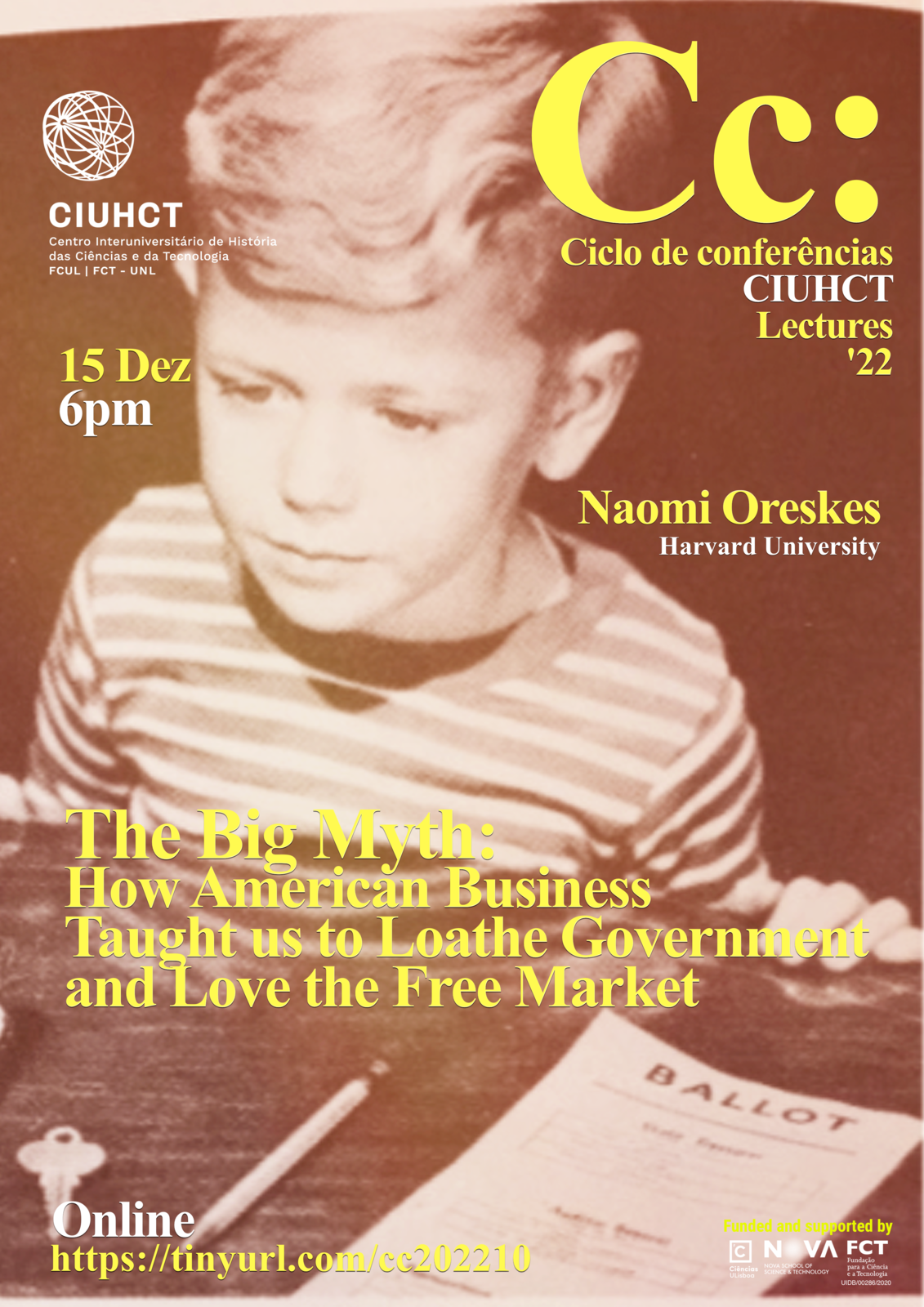 Naomi Oreskes is the Henry Charles Lea Professor of the History of Science and Affiliated Professor of Earth and Planetary Sciences at Harvard University. She is an internationally renowned earth scientist and historian of environmental science. Professor Oreskes is a leading voice on the reality on anthropogenic climate change and the history of efforts to undermine climate action, through widely cited works such as her 2004 essay “The Scientific Consensus on Climate Change” (Science 306: 1686). Her 2010 book with Erik M. Conway, Merchants of Doubt, has been translated into nine languages, sold over 100,000 copies, and made into a documentary film. In 2015, she wrote the Introduction to the Melville House edition of the Papal Encyclical on Climate Change and Inequality, Laudato Si. In 2019 she was awarded the British Academy Medal for “her commitment to documenting the role of corporations in distorting scientific findings for political ends.” Her new book, with Erik Conway, The Big Myth: How American Business Taught Us to Loath Government and Love the Free Market, will be published by Bloomsbury Press in February 2023.

The Chicago School is often considered the most influential school of 20th century economics. Casual observers might assume that it came to prominence because of the brilliance of its leaders, the cogency of their arguments, or the need for new economic thinking in light of the challenges of the century. From this perspective, it would appear that the Chicago School “won” in the competitive “marketplace of ideas.” In our new book, The Big Myth, Erik Conway and I challenge such assumptions by showing that the rise of the Chicago School was at least in part the result of conscious patronage by American corporate leaders, who wished to fight back against a set of 20th century political reforms—such as workmen’s compensation, the control of child labor, and the rise of labor unions and workers’ rights—which they saw as unfairly restricting corporate prerogatives and unduly levelling American society.

Before World War II, corporate leaders had run ambitious propaganda campaigns designed to persuade the American people that economic freedom—as expressed in unregulated markets—was one of the three legs of a “tripod of freedom,” alongside representative democracy and the freedoms guaranteed in the Bill of Rights. As part of this campaign, corporate leaders also sought to influence high school, university and business school curricula.  After the war, they focused attention on academic economics departments, particularly the Chicago School.  Beginning with the successful recruitment of neo-liberal economist Fredrich von Hayek and their financing of a position for him at the University of Chicago, corporate leaders laid out a plan to change the thinking of the American people. The Chicago School of Economics was supported, cultivated and promoted by these leaders as part of this large and ambitious political program to change the way Americans thought about government: to persuade Americans to trust the “free market” and distrust “Big Government.”