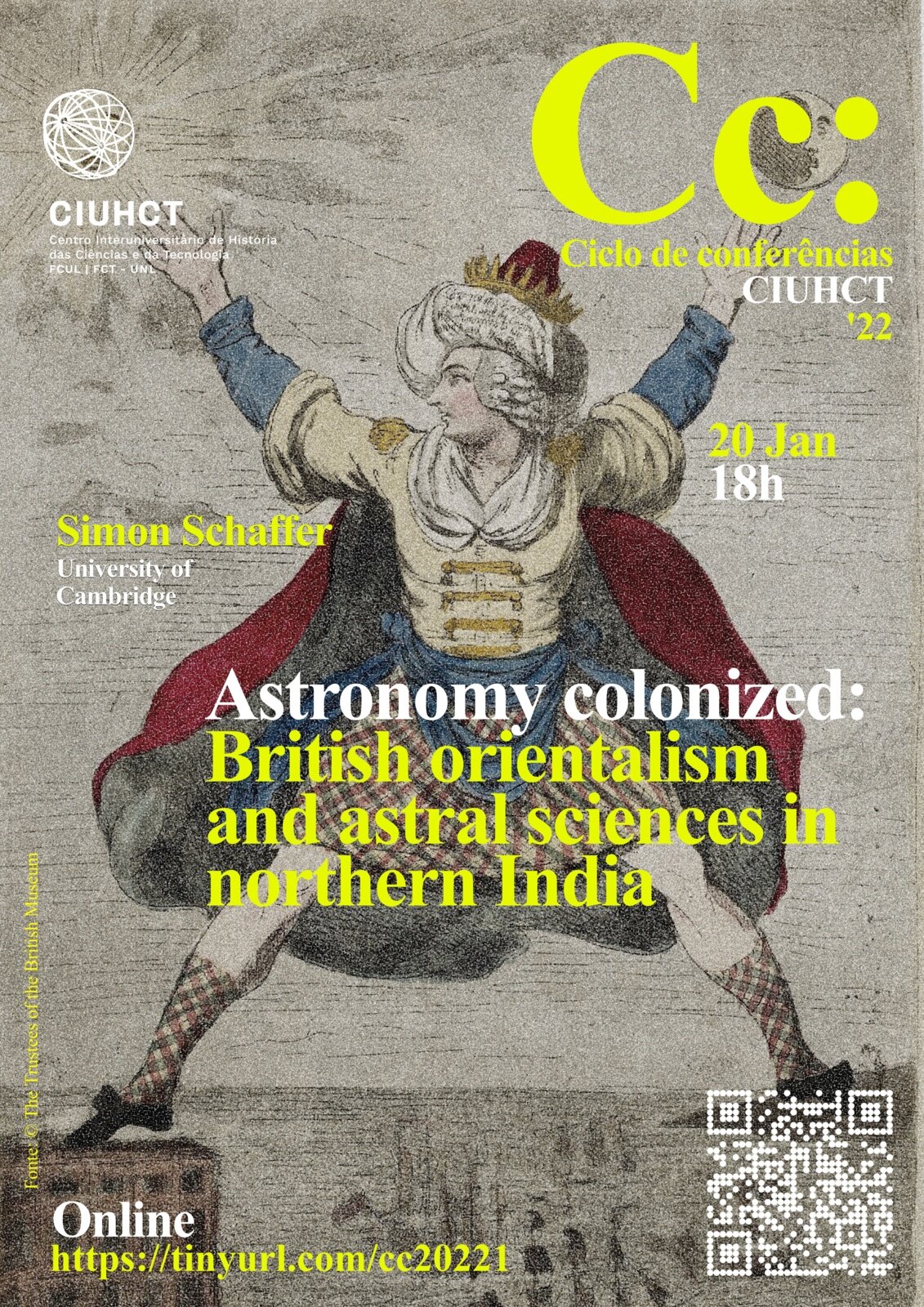 In the wake of the East India Company’s assumption of power in Bengal in the later eighteenth century, British administrators and scholars were made aware of the sophisticated, complex and demanding traditions in astral sciences practised within northern Indian traditions. These practices generated predictions of planetary orbits and of conjunctions. The encounters’ contexts of colonising exploitation and extractive accumulation directed attention towards questions of the status and authority of these traditions. The model of an effective set of scientific practices that had been allegedly distorted and then suppressed by indigenous religious institutions was used by many British commentators and interlocutors to explain, and indeed to explain away, the fate of north Indian astral sciences. During the opening decades of the nineteenth century, with more extensive and active Company agency extended with military force across northern India, evidence from the relation between astral sciences and traditional religious forms was used to interpret the current condition of Indian learning, and, in response, to contest the authority both of European sciences and of the history of religion. Given the high status of astral knowledge and cosmology in all the cultures in interaction in northern India, these decisive debates had significant and revealing implications for much wider models of colonial relations in natural sciences and religious faith.

Simon Schaffer is Professor of History of Science in the University of Cambridge. His research addresses the practices, materials and organisation of scientific inquiry between the seventeenth and nineteenth centuries, including studies of astronomy, natural philosophy, technology and the physical sciences. He is the author of La fabrique des sciences modernes (Seuil, 2014) and has co-edited The material culture of Enlightenment arts and sciences (Palgrave, 2016); Aesthetics of universal knowledge (Palgrave, 2017); Nineteenth-century survey sciences (Royal Society, 2019) and A Book of the Body Politic (Cini Foundation, 2020). In 2005, Schaffer shared the Erasmus Prize with Steven Shapin for Leviathan and the Air-Pump: Hobbes, Boyle, and the Experimental Life (Princeton University Press, 1985). Schaffer was also awarded the Paul Bunge Prize (2017) and the Dan David Prize (2018). In 2013, he received the Sarton Medal, the most prestigious honor awarded by the History of Science Society, in recognition of his "lifetime of scholarly achievement". He is currently a member of the Leverhulme project Making Climate Histories.

Fonte: James Gillray, Dunshaw: one foot in Leadenhall Street, the other in the Province of Bengal, 1788 © The Trustees of the British Museum.

The provisional program of the CIUHCT Lectures 2022 can be found here.