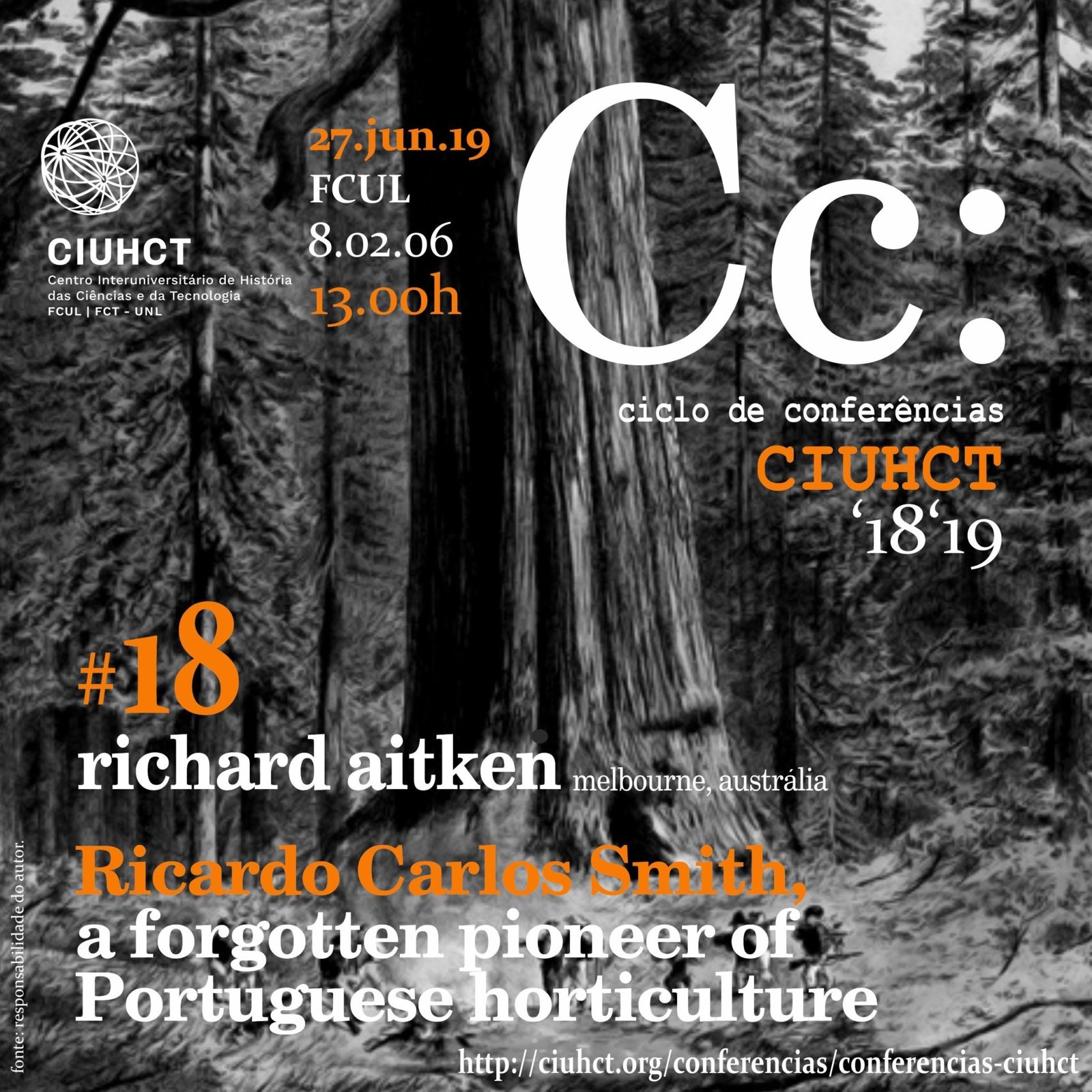 In this illustrated presentation, new evidence is presented on the life and work of Ricardo Carlos Smith, a forgotten pioneer of Portuguese horticulture. Smith resided in Funchal throughout the 1850s and created two experimental gardens on Madeira during this time. Until now their history, and that of their creator, has been largely unknown, but garden historian Richard Aitken, from Melbourne, Australia, has now gathered detailed evidence for fresh analysis. Smith’s life highlights the Port wine trade centred on Porto, the role of acclimatisation of useful and ornamental plants, and the establishment of the commercial nursery trade in Portugal. Particular attention will be paid to Smith’s role as an acclimatiser of Australian plants in Madeira and his status as a pioneering Portuguese nursery proprietor.

Richard Aitken is a Melbourne-based writer, historian, and curator specialising in the history of gardens and designed landscapes. He approaches these fields through the lively and accessible power of story telling and the visual potential of his chosen subjects. He has been in private practice since 1978 and has prepared conservation plans for many of Australia’s most significant historic places and has curated exhibitions for many of Australia’s leading cultural institutions including state libraries, botanic gardens, and the National Trust. He was a founding member of the Australian Garden History Society and for many years co-edited the Society’s journal. He is a keen collector of domestic ephemera and the literature of the garden, substantial collections that underpin his distinctive approach to research. He is also a keen urban sketcher, building a visual appreciation of found environments.

Richard’s work is recognised nationally and internationally and his books have become essential reading for anyone with an interest in Australian history and domestic design. These include The Oxford Companion to Australian Gardens (2002), Botanical Riches (2006), The Garden of Ideas (2010), Cultivating Modernism (2013), and Planting Dreams (2016). In recent years his research has focused on Portuguese garden history and its international contexts.