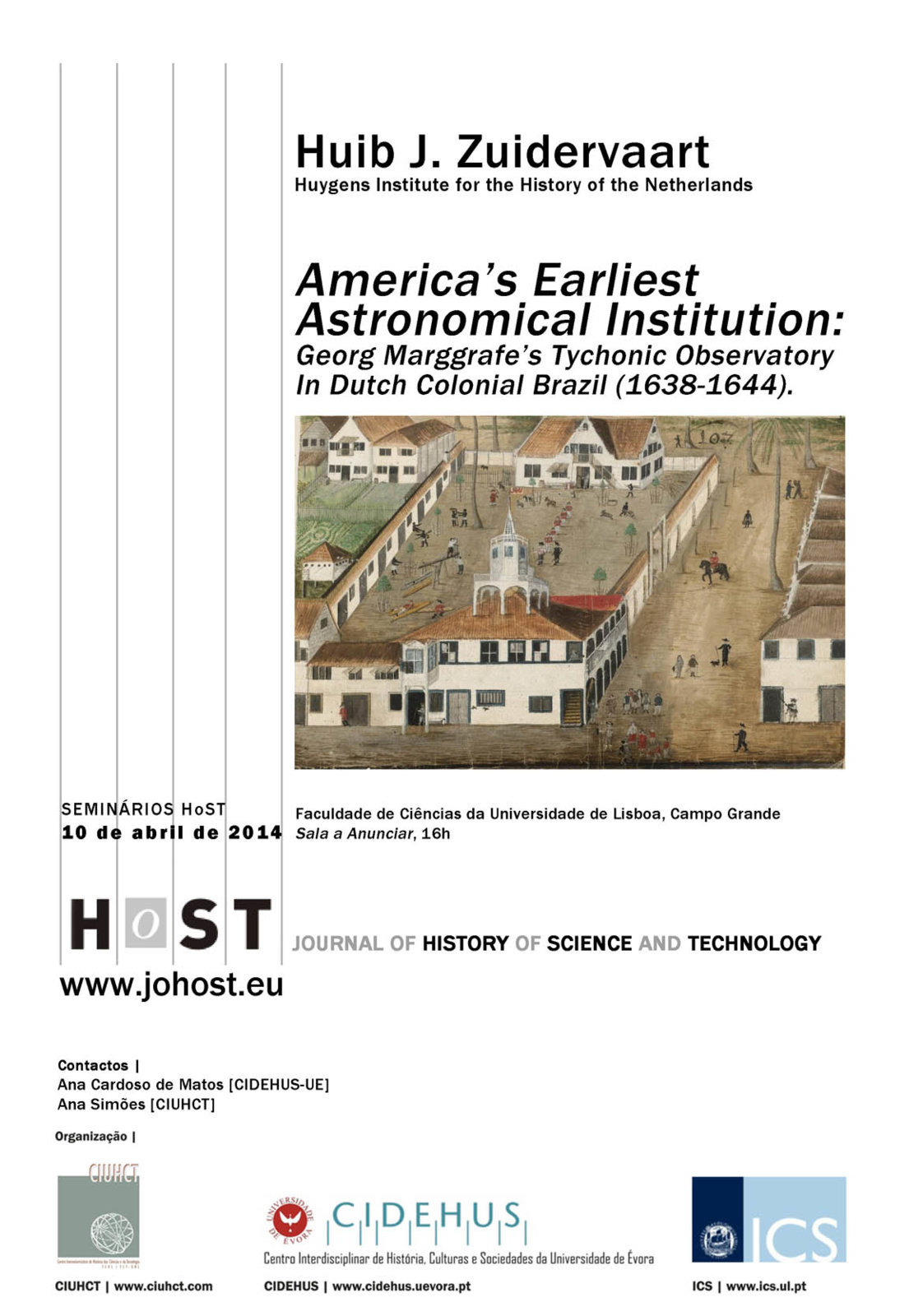 Georg Marggrafe is probably best known as the co-author of the Historia Naturalis Brasiliae (1648), the influential first account of Brazil’s zoology and botany. However, it was Marggrafe’s main ambition to be an astronomer. When he left to Brazil, it was his aim to produce the austral counterpart to Tycho Brahe’s Astronomiæ Instauratæ Progymnasmata (1598-1602). In 1638 he was indeed the first European scholar to found an astronomical observatory on the South American continent. Marggrafe could do so, thanks to the patronage of Johan Maurits, Count of Nassau, at the time the governor of Dutch colonial Brazil.

Marggrafe learned his mathematical, chemical, medical and botanical skills at various universities in Europe, but in practical astronomy he was trained only at Leiden University. In the years 1636-1637 he intensively worked at the University Observatory, a site founded only a few years before. Therefore Marggrafe used Leiden Observatory as his benchmark after his arrival in “Mauritsstad” (now Recife). In Brazil he copied the setting, instruments and working procedures of Leiden Observatory. However Marggrafe’s sudden death in early 1644 stopped this research programme, as no successor for the Observatory was appointed, as a result of the departure in 1643 of Count Johan Maurits to Holland.

Marggrafe’s working papers were divided among several scholars after their arrival in Holland. His zoological and botanical observations were published by Johannes de Laet, and his cartographic information was processed by Johannes Blaeu into a series of splendid maps. However, Marggrafe’s astronomical observations were never published, although these too had been edited. So the astronomical achievements of the Recife Observatory remained largely unknown. However, because some of Marggrafe’s astronomical manuscripts survived, these manuscripts enable us to study and assess his achievements in this field. Together with the Brazilian astronomer-historian Oscar Matsuura, I now work on a book presenting these results. Marggrafe’s manuscripts enable us to analyze not only his observations, but also his training, his working methods, as well as the accuracy of his instruments. In this way we can reconstruct how Marggrafe tried to fulfil his ambition to become the Tycho Brahe of the southern hemisphere, and how close he was in achieving this aim.