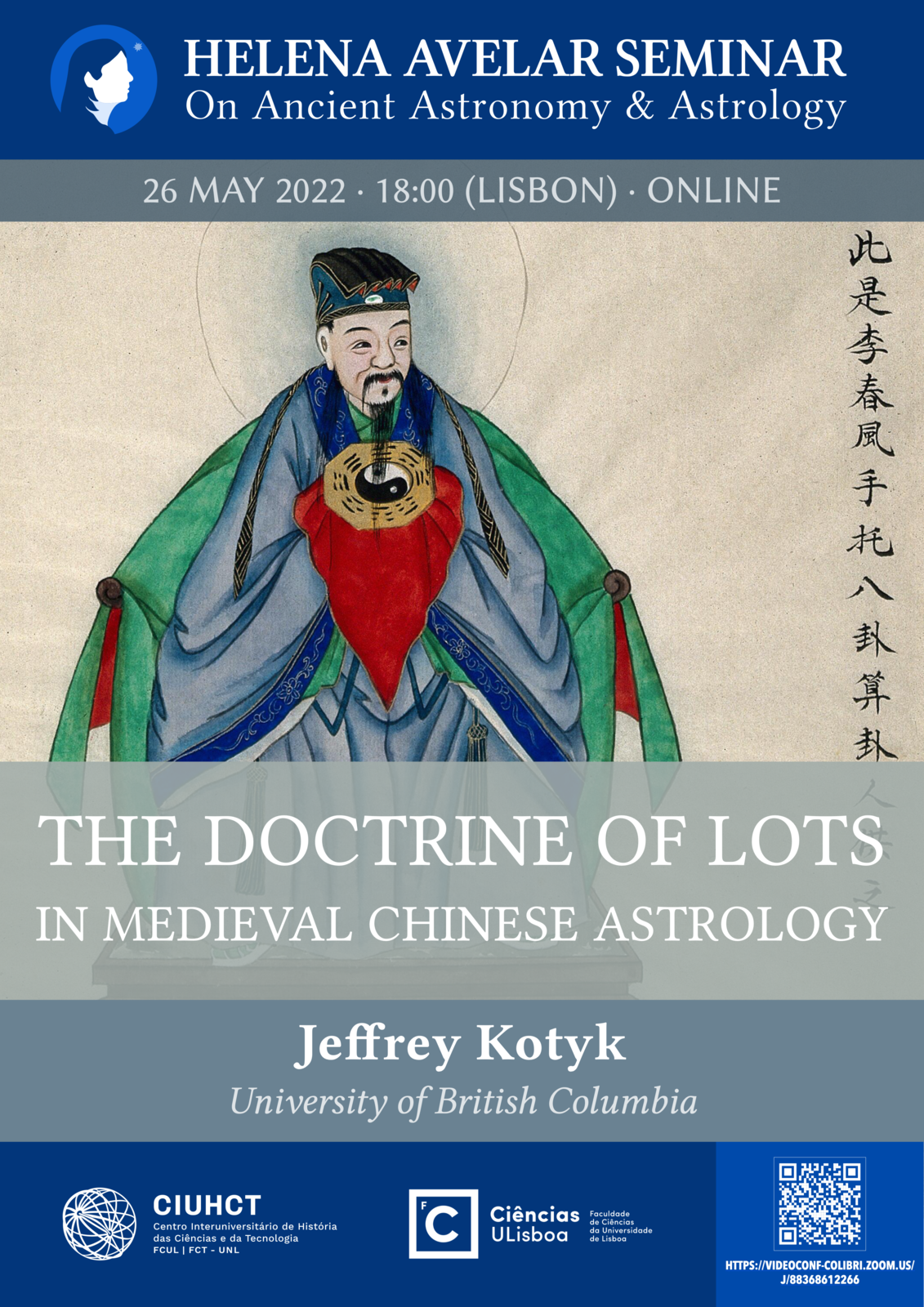 The Chinese received the doctrine of lots via translation of horoscopic literature around the year 800 CE, which was primarily based upon Dorotheus, albeit in a form different from that of Al-Tabari's version. The description of the lots is primarily (and miraculously) preserved in a single Daoist text. Therein we can see more than a dozen types of lots described, but more significantly, we can see examples in which the content was adapted to the new Chinese environment. For example, identifying religiosity with the Lot of Spirit, but associating the Moon with Buddhism and the Sun with Daoism. We will also discuss the intriguing significations of the lots as they are explained in Chinese, thus demonstrating that this doctrine was important in China, just as it was elsewhere in the contemporary medieval world.

Jeffrey Kotyk is the Sheng Yen Education Foundation Postdoctoral Fellow in Chinese Buddhism. Jeffrey received his PhD from Leiden University in 2017 with a dissertation titled “Buddhist Astrology and Astral Magic in the Tang Dynasty”. Jeffrey has published on the interaction between astronomy and Buddhism in China, such as “Iranian Elements in Late-Tang Buddhist Astrology” in Asia Major and “Yixing and Pseudo-Yixing: A Misunderstood Astronomer-Monk” in the Journal of Chinese Buddhist Studies. Recently he has researched the relationship between secular and Buddhist histories with a particular interest in evaluating the latter in light of the former. His forthcoming monograph is titled Horoscopy and Astral Magic in Medieval China: Buddhist and Daoist Experiences of Astrology.